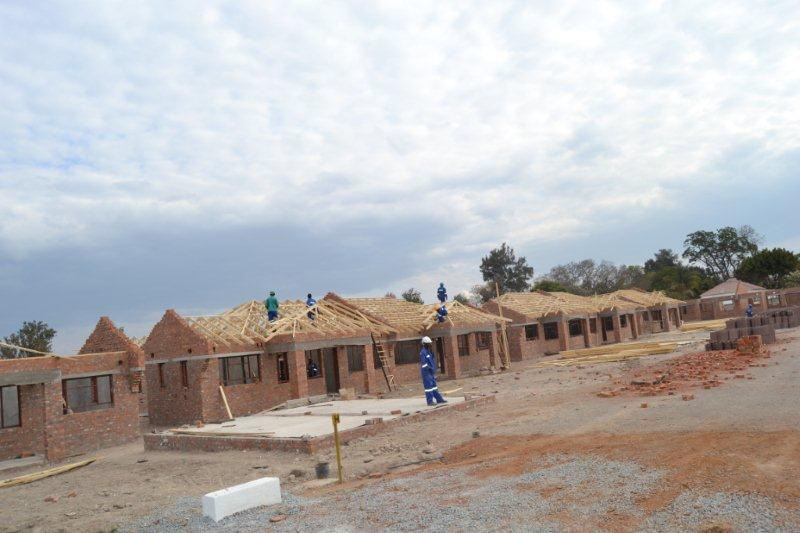 A FORMER Harare magistrate who is now in private legal practice has appeared in court charged with fraud after allegedly fleecing home-seekers of over US$155,000.

Chagwiza and Luni were released on $500 bail each after spending a night in police cells.

“The State failed to justify why it sought continued incarceration of the accused,” ruled the magistrate.

“In absence of compelling reasons, this court find no reason why bail should be denied, and bail is hereby granted as follows.”

Zvomarima was not released as he had not applied for bail.

Prosecuting, Sebastin Mutizirwa said the three put up an advertisement in a local newspaper offering residential stands at the Maizview Projects at Strathaven.

They reportedly acted in connivance with one Michael Kawanzururwa who is still at large.

According to the State, on September 27 this year, one Sonboy Mapanzure went to Maizview offices in Eastlea where he transferred $25,000 into the bogus company’s CBZ Bank account.

“Thereafter, he was referred to Chigwaza’s offices at Chikore and Chigwaza Law Chambers where an agreement of sale was prepared by the accused who never bothered to take any due diligence to the authenticity of the title deeds,” said prosecutors.

Another complainant, one Benjamin Manungo, also responded to the same newspaper advertisement and paid $45,000 with Chagwiza again reportedly preparing the agreement of sale.

On October 4, one Peter Manyoni also paid $55,000 into Maizview Projects’ bank account with Chigwaza again putting together the agreement of sale.

The State alleges the suspects persons received the money and entered agreements of sale with the complainants knowing very well that the title deeds were fake and that the property would never be transferred to the victims.