Dube told NewZimbabwe.com any meaningful dialogue meant to rescue the country from its current abyss should be between the national leader and Nelson Chamisa of MDC.

“Our priority number one is to unite people. That is the main thing,” Dube said at the launch of his book ‘Quiet the Zambezi Flows’ in Harare Wednesday.

“Once you have united people, everybody will focus on rebuilding the economy.

“Our leader ED and Chamisa should meet and discuss like the Kenyans did. POLAD has useless political leaders. People who have no following and of no consequence. People who just aspire for power.

“It’s unlike Chamisa who is relevant because he is leading the majority (of opposition supporters) and has a big following just like us (Zanu PF).

“So, the two are the most important people in the power struggle. But there are many others as I said, out of 23 (2018 presidential) aspirants, the majority have each a pocket of people following them,” Dube said.

Under pressure to close ranks with his political rivals and remedy a fast deteriorating national crisis, Mnangagwa called for dialogue in February 2019 with other 2018 presidential contestants. 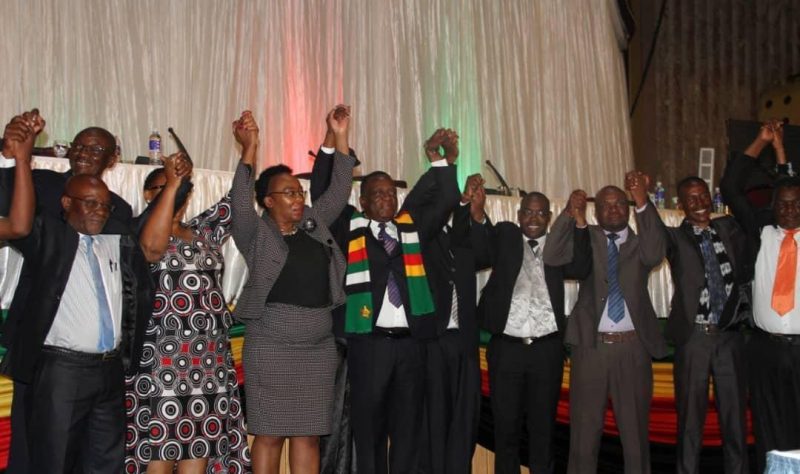 Chamisa refused to be among the POLAD members insisting a genuine dialogue needed an international interlocutor with one of his key demands being the revisiting of the disputed 2018 presidential election.

Chamisa contested the 2018 presidential election result in court and lost.

Since then, he has rejected the court outcome and refused to recognise Mnangagwa’s leadership.

MDC parliamentarians have been staging protest walk-outs each time Mnangagwa came to parliament for special events.