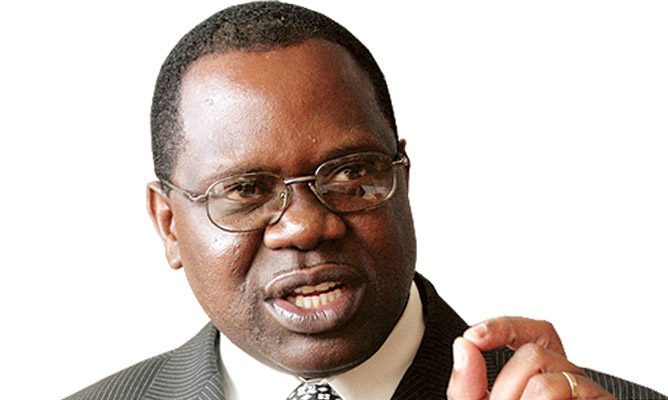 FORMER State Enterprises Minister Gorden Moyo has challenged the Chinese government to demonstrate its much-talked about friendship with Zimbabwe through cancellation of debts owed by its troubled ally.

In a statement Monday, the now Public Policy and Research Institute of Zimbabwe (PPRIZ) director, also called on the Zanu PF led government come clean on all “grants, donations, and loans from China for the public to satisfy itself that indeed the country is benefiting  from the relationship”.

Said Moyo, “If China is Zimbabwe’s all-weather friend and not a new imperialist, a resource grabber, a rogue investor, a rogue donor, and a mad-dash, then it must cancel the illegitimate debt contracted without approval of the Parliament of Zimbabwe.

“This includes loans offered to the security services, parastatals, and other state institutions.”

Moyo added, “If China is now a global leader along with the U.S  and a close friend of Zimbabwe and has geoeconomic, geopolitical, and geostrategic interests in Zimbabwe , then it must explain why its mutual friend has been operating in a crisis mode since the dawn of the 21st century.”

China has been touted as an all-weather friend to Zimbabwe, long abandoned by its Western allies for poll theft and rampant rights abuses since the turn of the new millennium.

During Zimbabwe’s period of isolation, China has landed a shoulder for its troubled ally, apparently with no strings attached.

But the relationship has often been dismissed by observers as anchored on economic manipulation on the southern African country when economic options disappeared after being ditched by western allies.

The deals between Zimbabwe and China have often been steeped in secrecy amid claims some corrupt authorities were deriving personal gain at the expense of the masses.

“If the ties between Harare and Beijing are based on principles of equality, sovereignty, mutuality, and win-win cooperation as is oftenly claimed by Sinophiles, then Zimbabwe  government should publish all the grants, donations, and loans from China for the public to satisfy itself that indeed the country is benefiting  from the relationship,” said the former top government official in the now defunct inclusive government of 2009,” Moyo said.

“If the claim that China has invested over US$3 billion over the past few years in Zimbabwe is true, then the Mnangagwa administration should publish all the employment figures, sector by sector, project by project, and year by year, for Zimbabweans to confirm that indeed the Chinese investments are good for the country.

“If the allegations about the government of Zimbabwe  mortgaging the country’s natural resources to China are false, then government should explain how it has been servicing the Chinese loans some of which were contracted  in the early 2000s and they are now due if not overdue.”