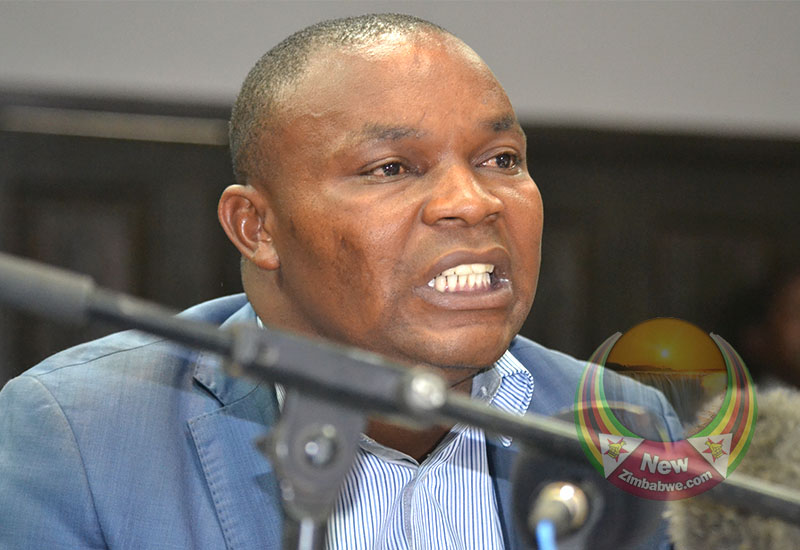 EX-Zanu PF Harare political commissar, Shadreck Mashayamombe Wednesday broke into tears as he recounted how he got abducted, tortured and further relieved of US$50 000 by his army assailants during the November 2017 coup that removed Robert Mugabe as President.

Mashayamombe, who was also party legislator for Harare South, was testifying over the August 1 post-election violence in Harare that saw the army allegedly open fire on protesters and by-standers, killing six and injuring over a dozen.

“In November last year, I was abducted on the day Mugabe was impeached. I was tortured by the military in the (Harare) Central Business District in full view of the Members of Parliament from the previous parliament,” he said.

“I was tortured for five good hours. They used with electric cables on me to the extent that my skin is now peeling off on my feet. I cannot spend the whole day wearing shoes now.”

The now National Patriotic Front politician and MDC ally was once a key figure within Zanu PF’s infamous G40 faction that was at odds with then President Emmerson Mnangagwa’s camp over succession matters.

Mnangagwa, with military assistance, turned the tables against his Zanu PF foes in a popular military coup that saw his eventual installation as the country’s number one.

During his Wednesday testimony, Mashayamombe sought to highlight to what extent Zimbabwe’s military could go in defending a certain political position.

The Harare businessman further told of how he lost his money.

“They demanded all my money that I had in my life, some of which belonged to my clients,” he said.

“They went home and took my safe which had more than US$50 000 which they were given by my wife and young brother while I was tied with electric cables.

“I run a business of importing vehicles. After taking all my money, I remained in debt since my clients had paid money for the importation of cars.

“…They also stole more than 30 pairs of suits which I owned.

“The reason behind all this was that I was close to former President Mugabe.”

Mashayamombe also said he endured the same horror in June this year after he had filed to challenge for the Harare South constituency during Zanu PF primaries.

His crime, according to the politician, was his decision to challenge President Mnangagwa’s son nephew in the Harare constituency.

“In June this year, I was abducted. My only crime was why I was contesting against President Emmerson Mnangagwa’s son in Harare South. I was ordered to go and withdraw my candidature,” he said.

Mashayamombe said he has reported both the November ordeal but says police have showed they were not too keen to intervene.

“When I made a police report, nothing was done. I did not make a formal report when I was abducted in June because I knew nothing will come out of it,” he said.