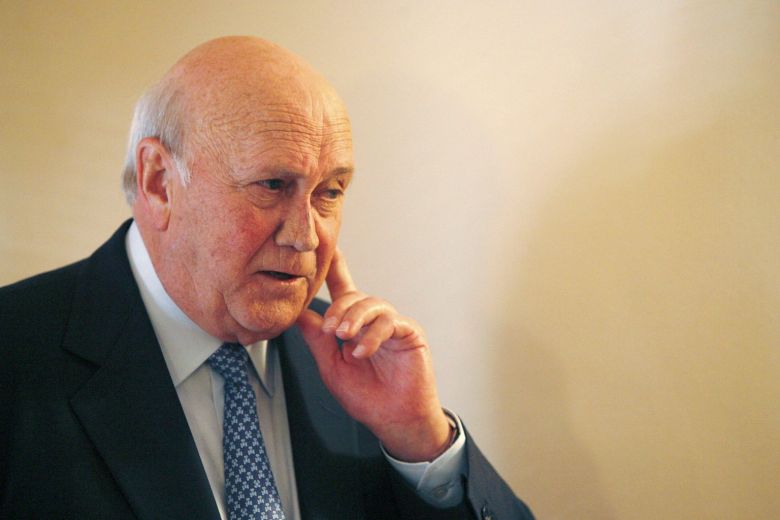 The 82-year-old was admitted to a hospital in Cape Town, the FW de Klerk foundation said in a statement.

“He underwent a successful procedure this morning and it is expected that he will be discharged from hospital sometime next week,” it added.

De Klerk, who was South Africa’s president from 1989 to 1994, set in motion the demise of apartheid in 1990 when he ordered Nelson Mandela’s release from prison.

The pair jointly received the Nobel Peace Prize in 1993 for their roles in South Africa’s transition to democracy.

He later served as one of two executive deputy presidents in South Africa’s new national unity government under Mandela from 1994, before retiring from active politics in 1997.