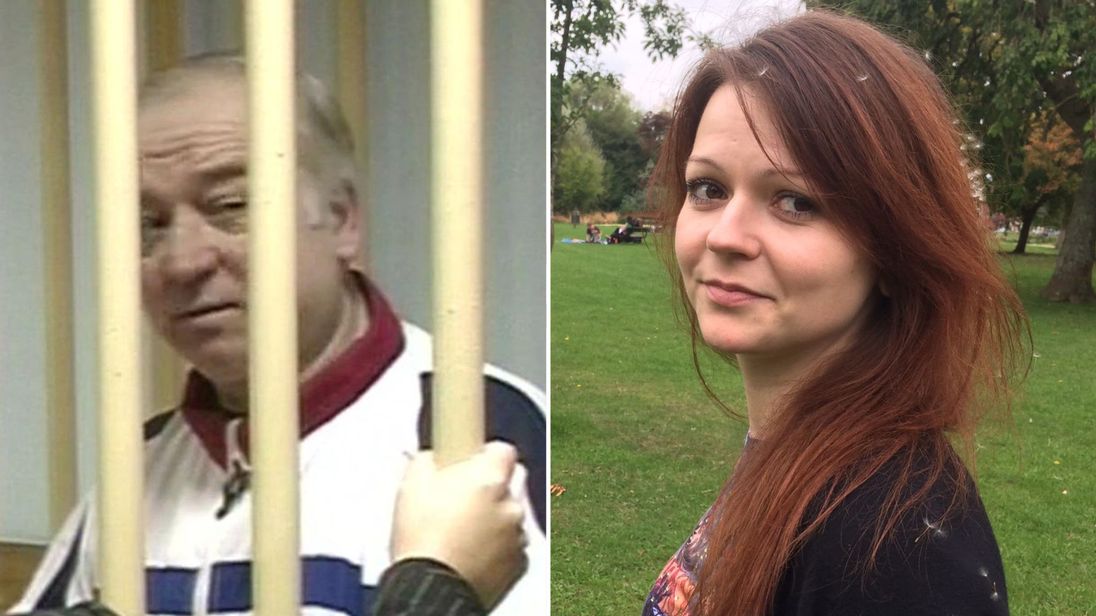 LONDON: Yulia Skripal, who was targeted along with her father in a nerve agent attack in England, has been discharged from the hospital, a British health official said Tuesday.

“This is not the end of her treatment but marks a significant milestone,” said Dr. Christine Blanshard, medical director of Salisbury District Hospital.

She said she would not provide details about Skripal’s condition for reasons of patient privacy.

The 33-year-old daughter of ex-spy Sergei Skripal, 66, has been taken to a secure location.

Blanshard said Sergei Skripal, the apparent target of the attack, is recovering more slowly than his daughter but continues to improve.

“Both patients have responded exceptionally well to the treatment we’ve been providing. But, equally, both patients are at different stages in their recovery,” she said.

The doctor said no date has been set for the elder Skripal’s release from the hospital.

The two were poisoned March 4 in an attack that has led to a prolonged confrontation between Russia and Britain that has revived Cold War tensions. Both were in critical condition for several weeks after the poisoning.

The British government, which accuses Russia of carrying out the attack, is likely to keep details about Yulia Skripal’s location secret, given the sensitivity of the case.

If she is well enough, she is likely to be extensively questioned by British security officials and police about her recollection of events leading up to her poisoning.

The Russian Embassy congratulated Yulia Skripal on her release in a tweet but said pointedly that Russia needs “urgent proof” that “what is being done to her is done on her own free will.”

Russia says it has no role in the attack and has demanded consular access to Yulia Skripal, who has Russian nationality.

It is not clear where the Skripals will live if they recover enough to resume normal activities. British officials may feel Sergei Skripal would not be safe to live in the open any longer.

Bob Ayers, a security analyst who used to work with the CIA, said it is possible Sergei and Yulia Skripal would be given new identities in Britain or the United States under a program like those used to protect witnesses in high-profile criminal trials.

They could also choose to live in the open under the assumption that Russia would not attack a second time, he said.

“They may not want to go into hiding,” Ayers said. “Now that the assassination attempt has been uncovered, the odds are pretty good the Russians won’t take another run at them. They’ll be under surveillance, the cops will put cameras up, they’ll keep good track of the Skripals.”

He said he would not expect Yulia Skripal to return to Russia despite her Russian nationality.

The nerve agent also sickened Nick Bailey, a police detective who came to their aid. He was the first of the three to be released from the hospital.

Yulia Skripal had arrived in England from Moscow to spend Easter with her father the day before the attack.

Sergei Skripal is a former Russian military intelligence officer who was convicted in Russia of spying for Britain.

He was imprisoned in Russia and eventually settled in England after a “spy swap.”

He was living under his own name in Salisbury, apparently believing he would be safe because there was no known history of Russia attacking former spies who had been swapped.

The British government maintains the Skripals were poisoned by a military-grade nerve agent that could only have been made in Russia. Russia has denied the allegation.

There are still many unanswered questions about the brazen attack.

If Britain is correct that the Russian government is to blame, it is not clear why Sergei Skripal was poisoned now, some eight years after his release in a spy swap.

Some analysts believe Russian President Vladimir Putin wanted to send a message to others who had betrayed Russia that they are not safe anywhere in the world. Others believe Sergei Skripal might have been involved in some private business that made Russian officials uneasy.

British officials have also not revealed how the Novichok was brought into Britain.