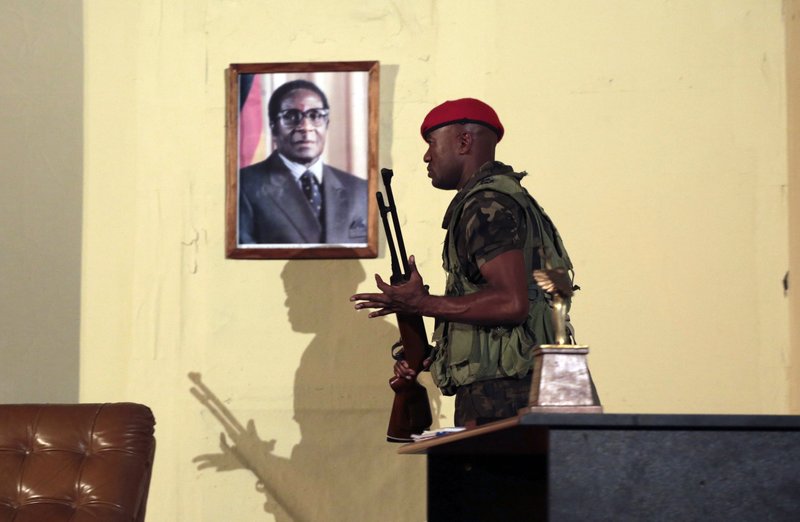 FORMER President Robert Mugabe’s security officer on Thursday nailed a suspect who is accused of stealing 119 laptops from the nonagenarian saying there was no way he could have been given the property without his knowledge.

Alexander Nyamurima, a provincial intelligence officer in the President’s department was testifying against Pepukai Zvakavapano, a presidential guard soldier who allegedly stole the laptops and other accessories from Zimbabwe House recently.

“I worked with Mugabe for over 30 years and he never donated the computers without my knowledge. I would document everything, when we bought the laptops and when we disposed of them,” said Nyamurima.

Zvakavapano is facing theft and unlawful entry charges. It is his defence that he was given the laptops by Mugabe.

But Nyamurima told court that the laptops were supposed to be donated to schools.

However, despite the fact that Zvakavapano insists that he was given the stolen laptops he was found with, he shifted statements and accused Nyamurima of being the culprit as he was the only one with the keys to the basement where they were kept.

“It does not make sense to allege that two people would loot 119 laptops and accessories, passing by security guards and cameras mounted in and outside the room without being seen. Circumstances with regard to the case only points to you as a suspect,” said Zvakavapano’s attorney during cross examination with Nyamurima.

Nyamurima, however, told court that the suspect has already entered a partial plea by admitting that he was found in possession of the stolen goods.

He also told court he was a trusted security officer and had no any case against him for the 30 years he worked with Mugabe.

The case was postponed to next Monday for trial continuation.

Zvakavapano allegedly connived with one Marega still at large, to steal from the five containers which were in the basement after they were deployed to guard the premises.

This was after the Zimbabwe House was to undergo renovations in March this year.

Mugabe’s property was then moved to allow contractors to work freely.

They sold the loot and shared the proceeds.

However, Zvakavapano told court that he was given the said property as a token of appreciation for good service rendered.

Nine more witnesses are lined up to testify against him.

Josephine Sande is presiding over the case.