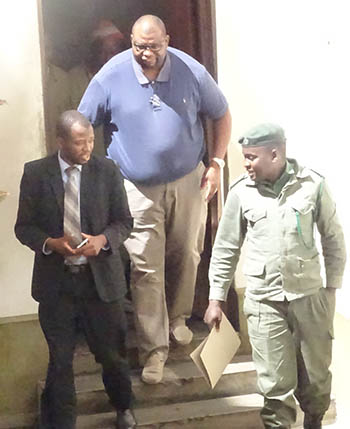 The court granted him $200 bail and demanded the case to September 14.

Court heard that Mphoko is a shareholder and director of NANAVAC Investments Private Limited which trades as Choppies supermarkets.

He is charged with deceiving employees to unlawfully siphon $51,945 from the company.

Last week Mphoko’s wife Nomagugu was also charged with 49 counts of extortion when she appeared in court.

She is accused of swiping–for-cash at 15 supermarkets and threatening to have managers of the Indian origin sacked if they refused to give her cash which is scarce in the country.

The Mphoko family is battling for control of the supermarket chain after falling out with other investors in the group.