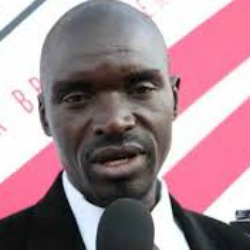 SAUL Chaminuka is dreaming big after he applied to coach the Swaziland national soccer team barely a month after he was sacked as Warriors assistant coach.
The former ZPC Kariba is one of several coaches who had applied to coach Sihlangu but lost the job to Dutchman, Pieter De Jongh.
Also among the applicants were former Warriors coach, Belgian Tom Saintfiet, former Sihlangu coach Harries Bulunga and Anthony Mdluli.
Chaminuka, who helped the Warriors qualify to their third 2017 African Cup of Nations qualifiers in Gabon in January under the guidance of Kalisto Pasuwa, was sacked last month by Zifa for failing to advance to the group stage of the tournament.
It appears the ambitious coach now wants to remain at the international stage.
However, according to the Observer, the Swati soccer mother body stated in the advert that the candidate should possess 10 years of experience in national team football which, according to the paper, De Jongh doesn’t have.
This has torched a storm in Swaziland with questions being raised on the credibility of the coach.
The Swaziland paper claimed the Dutch coach only had a six months stint with the Rwandan Football Association where he was the technical Director. The paper further claimed Jong submitted fake UEFA diploma in 2014 which was questioned by the Hungary Football Association earlier that year while he was still in charge of AFC Leopard.
The Dutch man becomes the sixth European mentor to lead the Swazi national team after the likes of the late Ted Dimitru, Van Wan Winkel, Raoul Savroy and Valere Billen among others.
De Jongh is expected to arrive in the country within the next week where he will meet the FA executive to finalise contractual terms and further discuss the appointment of the two assistants.
He is expected to lead Sihlangu in three international competitions -the CHAN qualifiers, 2019 AFCON qualifiers and the 2017 COSAFA Cup. Advertisement