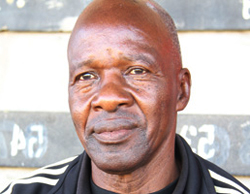 ZIMBABWE football legends will clash with their South African counterparts in a friendly in Harare on July 20.
Gibson Homela, who will coach the Zimbabwe legends and is the organiser of the match, has already named his provisional team that is dominated by Dream Team era faces, among them Madinda Ndlovu, Rahman Gumbo, Willard Khumalo, Paul Gundani, John Phiri, Agent Sawu, Ephraim Chawanda, Moses Chunga and Norman Mapeza.
“The list is not the final one but we are saying those called up should confirm their availability with me before the end of next week,” Homela said on Monday.
Homela said they were looking into the possibility of a second match at Barbourfields Stadium in Bulawayo.

South Africa are likely to call on the class of 1996 that won the Africa Cup of Nations under Clive Barker.
Bafana Bafana stars such as Doctor Khumalo, Mark Fish, Neil Tovey, Jerry Sikhosana, Andre Arendse, Mark Williams, David Nyathi, Marks Maponyane are expected to be part of the legends team.
They will re-kindle their clashes, especially their first international match since apartheid isolation when a Peter Ndlovu-led strike force tore them to shreds in a 4-1 demolition job at the National Sports Stadium in August 1992.
Homela said the match had come about with the help of ZIFA and corporate sponsors.