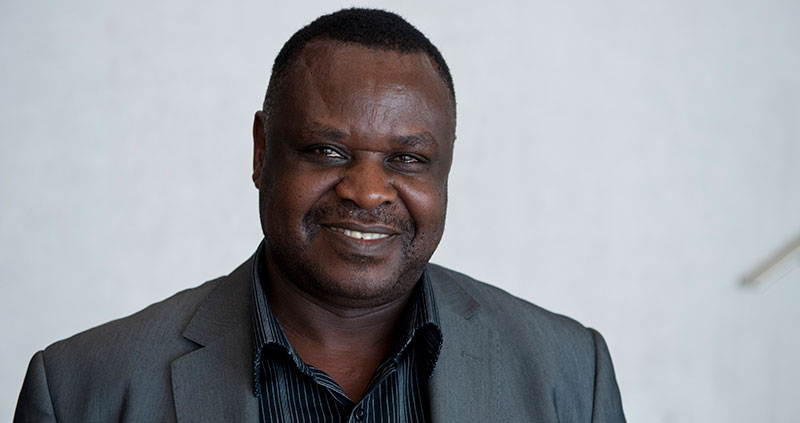 This is according to insiders within the popular opposition, which heads for its elective congress May this year.

Among some of those reportedly keen to land the country’s most powerful opposition job are MDC interim president Nelson Chamisa, co-vice president Elias Mudzuri and secretary general Douglas Mwonzora.

“Chamisa will be contested and thus far three names are being bandied about. Mudzuri, Mwonzora and Chibhebhe. Chibhebhe was actually being touted as Tsvangirai’s possible successor before Chamisa pulled his stunt last year,” said one top official privy to the internal dynamics.

“However, things have changed a lot. Chibhebhe would now just be a name. A lot of water has passed under the bridge. Mudzuri and Mwonzora are strong candidates but Chamisa is shoe-in to retain his position.”

The source said odds were against Chamisa’s challengers whose past achievements may not be enough to bolster their chances of becoming the first elected MDC president since the death of founding party leader Morgan Tsvangirai early last year.

“The demographics have shifted in a major way,” he said.

“If you come to MDC rallies you will find that the youths attending them do not have the history of the party and don’t even understand that Zanu PF kills. They are daredevils willing to do anything.

“These are the people coming into the structures and don’t know that Mudzuri gave the party its biggest political showing as organiser in 2008 or that Mwonzora defeated Chamisa for the post of secretary general in 2014. They know Chamisa only.”

Meanwhile, sources say Chamisa was pressured by countries that have had keen interest in MDC affairs to hold an elective congress.

“They (MDC) will deny it but the British and the Americans pushed Chamisa into a corner,” a source said.

“They demanded that he implements democracy in his own party if he was entertaining any hopes of assistance going forward.

“He (Chamisa) has been told in no uncertain terms that he has to make sure this congress is violence free and is as democratic as possible.”

But Chamisa’s spokesperson Nkululeko Sibanda dismissed talk his boss was ring-fencing his job against challengers arguing instead the ruling Zanu PF party was trying to influence the opposition party’s congress.

“A Chamisa presidency presents a doomsday scenario for Mr. Mnangagwa,” said Sibanda adding Zanu PF has invested $6 million to influence the outcome of the MDC congress.

“Zanu PF has been obsessing about the MDC congress like flies around meat.”

“We are building democracy and it is second nature to the MDC. There is no foreign pressure; its illegal; to get such funding from outside except if you are Zanu PF.

“Our aim is also to have a strong mandate from the structures after the elections and make sure our narrative has their support,” said Mafume.

Mwonzora, on his part, is reportedly banking on disgruntled party cadres suddenly side-lined by a fresh breeze brought by Chamisa’s rise to power last year.

The MDC senator trounced Chamisa for the position of secretary general at the 2014 congress and now wants the ultimate prize.

The source said despite Chamisa’s public appeal and charisma, the real battle for the top opposition job was within party structures.

“There are people in the structures. These youths you see at rallies are not.

“They will try to fit into the structures before congress but there will be blood I assure you. If we are not careful there will be no party to talk about after May.”

Another source said Chamisa has been clever enough to embark on a “structure stuffing exercise” ahead of congress.

“His (Chamisa) people like (national organising secretary) Amos Chibaya are cleansing the party of its old cadres,” said a source.

“The very people who for nearly two decades have borne the brunt of Zanu PF brutality are being pushed out in favour of these youths who could care less.”

Mafume said Chamisa was ready to be challenged and would not use underhand tactics.

“He is a democrat. The only fixed time is the main congress which constitutionally must be held every five years. The other lower structures can be ordered to have their process within two or five days,” said Mafume.

Tsvangirai’s daughter Vimbai, who serves as Glen View lawmaker is vying for the women’s assembly top job while youth leader Happymore Chidziva would be contested by Tererai Obey Sithole and Lovemore Chinoputsa, according to sources.