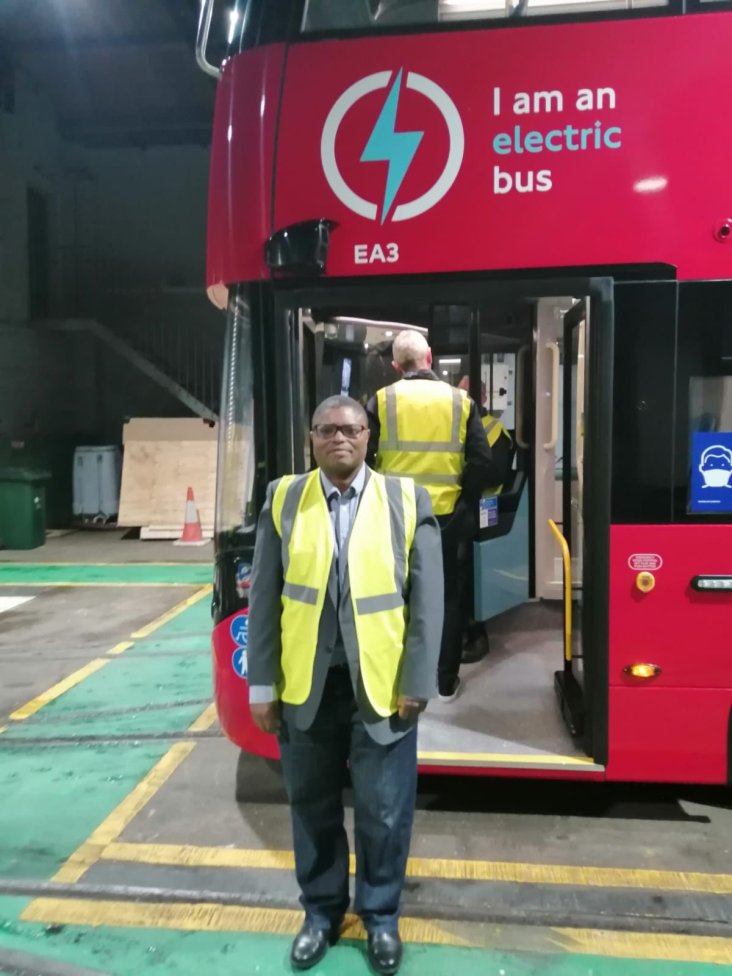 A ZIMBABWEAN engineer, Irvine Nyamapfene has won praises after he led the groundbreaking project that created the first electric buses in London, the United Kingdom (UK).

This is his second winning project after another award from the CrossRail company where he won the project manager of the year award.

“Congrats Engineer Irvine Nyamapfene. Regional award for project manager of the year for work on electric bus infrastructure in London (could not hide such bid news at a time when Zimbabwe is struggling with energy and transport. I hope this project is replicated back home), wrote Girl Child Network founder Betty Makoni.

Zimbabwe, where Nyamapfene was born, is currently going through serious power outages and public transport challenges after President Emmerson Mnangagwa’s administration banned kombis as part of its efforts to stop the spread of Covid-19.

This has left millions of Zimbabweans facing daily power cuts and easy access to get to work and back home after work.

Nyamapfene is a holder of a BSc in Electrical Engineering from the University of Zimbabwe. He later graduated with an MSC in Renewable Energy from the same university in 2008.

Between 2002 and 2008, Nyamapfene worked as the provincial manager of the Rural Electrification Agency (REA), a subsidiary of ZESA.

However, he left Zimbabwe during the economic and political turmoil of 2008 for the UK.

Since 2009, Nyamapfene has been the project manager at UK Power Networks.