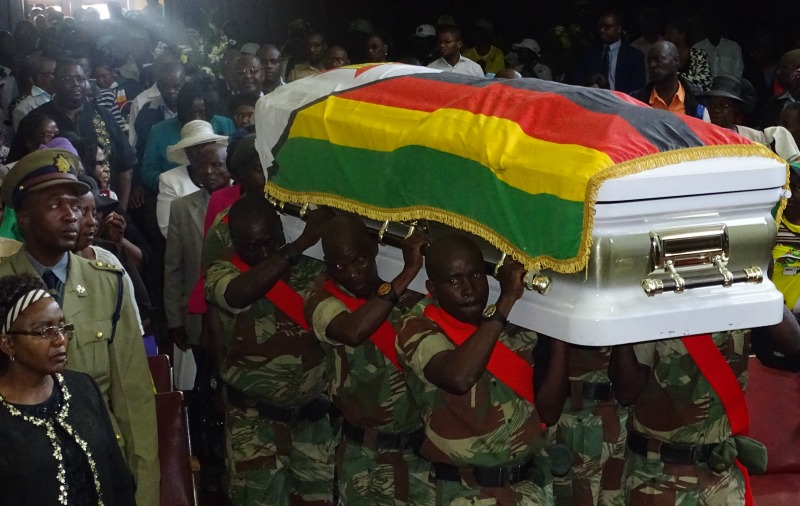 Pamire was speaking while representing the Gumbo family, where the late former deputy Information Minister hailed from.

He shocked mourners at the Bulawayo event when he started verbally attacking residents for voting MDC Alliance candidates in the city during the just ended elections.

The opposition front clinched 11 seats out of the 12 in the city while also making a clean sweep of all the 29 council wards.

“People of Bulawayo you no longer cherish the legacy of my sister here, Thokozile. During the just ended elections, you voted for useless MDC Alliance councillors who do not own houses.  You voted councillors who are lodgers.

“The first thing those councillors want to do when they are in council is to have a house. I am not a politician, but I am very disappointed about what you did,” said Pamire amid loud clapping from the predominately Zanu PF crowd.

Speaking at the save event, Home Affairs Minister, Obert Mpofu concurred, “When Pamire started his speech, he said he is not a politician, but I agree with what he said.”

Mpofu, who was representing the government, said Mathuthu deserved the national heroine status she was granted because of “her deeds”.

“I am here as the Zanu PF secretary general. This is not an inferior post. It is a very big post. Mathuthu was not declared a national heroine by anybody, not even the politburo but her deeds declared her.  Every development in Matebeleland North has got her footprints,” said Mpofu.

She succumbed to cancer.  She was declared a national heroine and will be buried at the National heroes’ acre this Sunday.