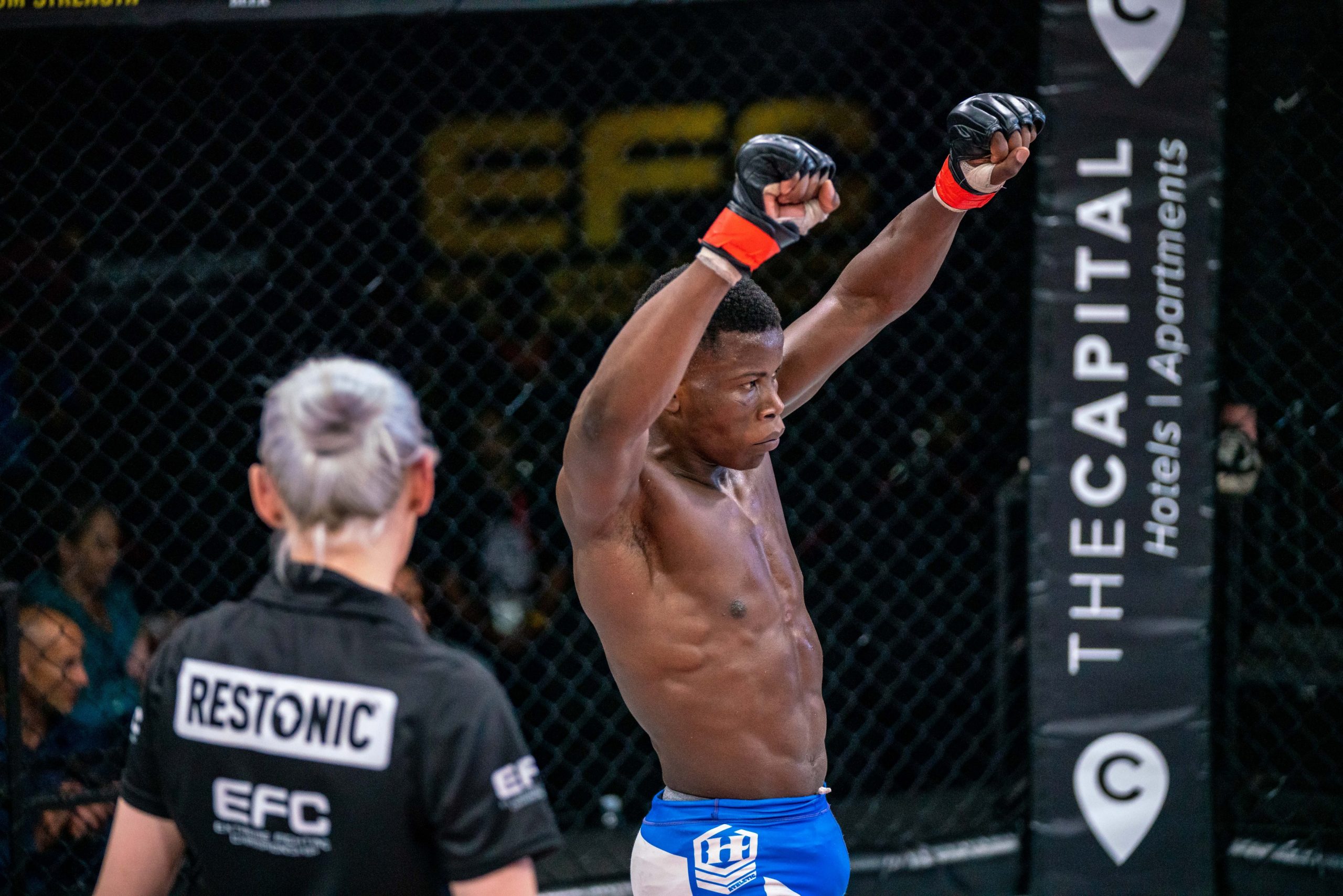 The 24-year-old was announced the winner via a unanimous points decision over South African Majuba, who now has three losses in four fights.

Hailing from St Mary’s in Chitungwiza, Hokonya first enrolled as an amateur boxer with a local stable, Box Africa, through which he graduated into the professional ranks under the tutelage of Jeremiah Chiyangwa.

He fought six pro fights, won five by way of knockout and drew one before migrating to South Africa, where he switched from boxing to EFC under the tutelage of renowned Zimbabwean MMA fighter Temba Gorimbo, a former EFC
welterweight champion.

Another Zimbabwean Tapiwa “The Mighty Warrior” Katikati also won on the night when he forced Zambian Robert Simbowe into submission, via the Guillotine choke.

Nicholas Hwende, who holds the EFC Bantamweight title, had his defence fight postponed.