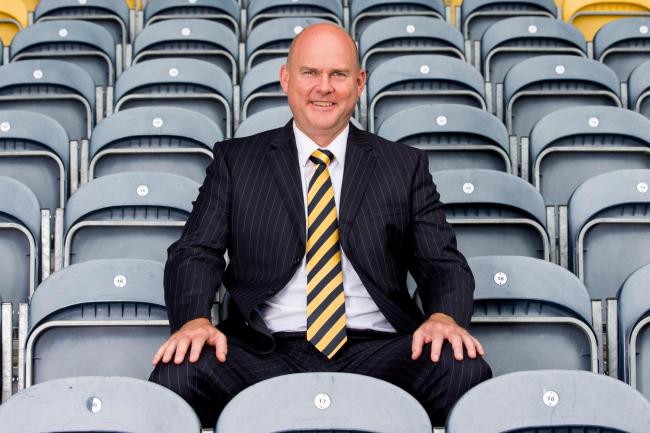 FORMER Zimbabwean international cricketer Gus Mackay has been named as the new chief executive of Cricket Scotland taking over from Malcolm Cannon, who stepped down in July after four years in the role.

The Harare-born Mackay comes with 17 years of experience in sports management, including with roles English country sides Worcester Warriors and Surrey County Cricket Club, where he was managing director, and Leicestershire County Cricket Club.

He also served as general manager of the Zimbabwe Cricket (ZC) for a year between 2002 -2003 before stepping down.

Mackay, who has also been involved in rugby administration in England, said he was relishing the opportunity to help develop cricket in Scotland at an “exciting” time for the sport in the country.

“This is an exciting time for the game in Scotland and I am delighted to have been appointed chief executive of Cricket Scotland. I have been impressed with the clear vision, strategy and more importantly, commitment of the board to achieve Full Member Status of the International Cricket Council.

“This will help us achieve our vision to make cricket mainstream in Scotland and thereby ensure the long term sustainability of the game here,” Mackay said in a statement.

“Clearly cricket in Scotland is progressing in the right direction for both the men’s and women’s game, as demonstrated by the ICC rankings, while Scotland is regarded as one of the top associate countries.

“I look forward to working with all the stakeholders involved in the game from colleagues, clubs, schools, regional associations, supporters, volunteers and commercial partners to drive a bottom up approach to achieving our goals in the new strategy.

“These are exciting times for everyone involved in our great game in Scotland and I really look forward to getting started!”

Before venturing into sports management, Mackay played cricket professionally in Zimbabwe and in the UK, winning three One Day International (ODI) caps for Zimbabwe in 2001 against Australia and New Zealand.

In his playing career, he took 75 wickets from 27 first-class games, and has one first-class century against his name, which came off just 45 balls.

Mackay comes on board after Scotland’s women’s team failed to make the cut for the T20 World Cup, but the men’s team will have their chance in the ICC Men’s T20 World Cup Qualifier in Dubai and Abu Dhabi later this month.