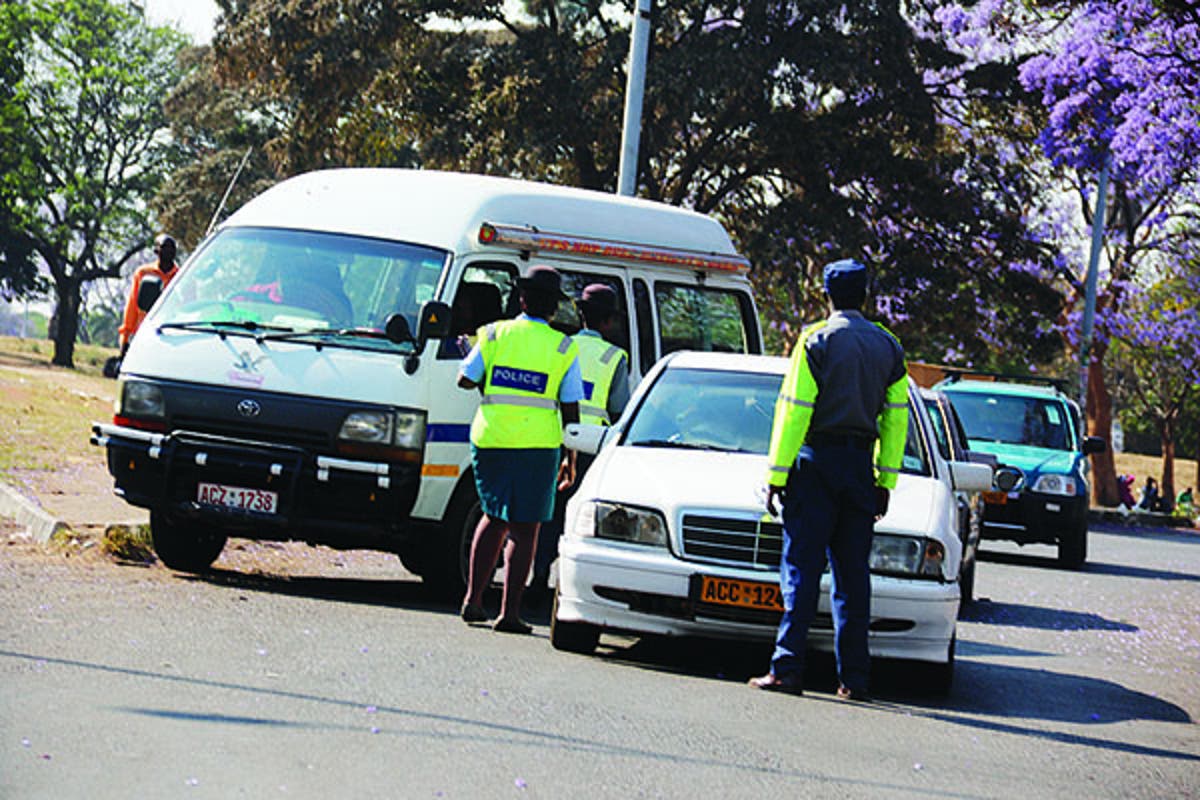 SECURITY details including a policeman, Central Intelligence Officer (CIO), air force member and seven other civilians have been arrested over a spate of robberies in which they targeted truck drivers across the country.

The net closed on the suspects recently after they robbed a truck driver in Chegutu making off with US$ 2 570 and groceries worth US$30 000.

According to an internal police memo seen by NewZimbabwe.com, on 10 December 2022, Katema approached Chigidi looking for a truck as she wanted a parcel delivered for her along Chegutu highway.

They allegedly exchanged numbers and Chigidi was given accused Murasira’s details.

Murasira was purportedly supposed to receive the parcel which was sent four days later.

As agreed Chigidi and his workmate met Musarisa at Chibhero turn off in Norton around 0000hrs of 15 December 2022.

They had a 15 tonne truck which was carrying groceries worth US$30 000 on their way to Kwekwe.

Musarira was in company of Dzimwasha Munemo, Mangwanda and Kupara, who as soon as they were handed over the parcel jumped into the truck, produced ZRP identity cards and told Chigidi he was under arrest for possessing dangerous drugs.

“He was handcuffed and bundled into the white baby quantum together with his workmate where they were forced to lie on the floor together with Musarisa. The baby quantum was then driven off the scene leaving the truck under the custody of accused 7, 8 and 9 and a driver only known as Stallone who is at large.

“The complainant and his workmate were later dumped from the car only to realize that they were now in Goromonzi. They were robbed off US$2 570-00 and their cell phones. They then made a report at ZRP Goromonzi that morning,” the memo reads.

One of the suspects, Mangwanda was then arrested on 6 January following a tip off and led to the arrest of Dzimwasha, Munemo and Kupara.

The four told CID that they had kept all the stolen goods in two of the accused Matenga and Chikota’s houses in GlenView and Chitungwiza.

Matenga and Chikomana were subsequently arrested.

The quantum which was used for the robbery was found at a car sale along Emmerson Mnangagwa Road, Harare where it was now being sold.

In one of the incidences it is alleged that last year the gang robbed a lorry loaded with 30 tonnes of rice in Beatrice area along Harare-Masvingo Road.

It is alleged that in March last they also pounced on a truck driver who was ferrying 30 tonnes of cooking oil in Shamva, in July a truck with 350 boxes of eggs which was destined for Mutare and in September a truck with 30 tonnes of sugar which was coming from Chiredzi.

In October they robbed another truck loaded with 30 tonnes of ZimGold cooking oil in Chivhu and a month later they stole a truck near Norton which had Probrands merchandise destined for Bulawayo.

They appeared in court on Saturday.

The police sought a warrant for further detention and was granted.