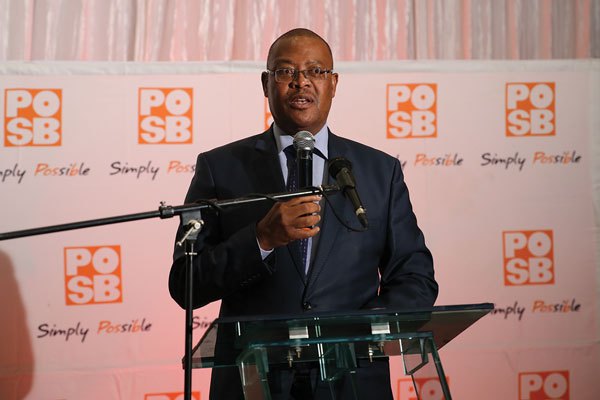 A FIERCE boardroom fight has erupted at the People’s Own Savings Bank (POSB) over retired chief executive officer Admore Kandlela’s decision to hold on to the job despite having been paid lucrative terminal benefits.

Highly placed sources within the POSB management and board told NewZimbabwe.com Kandlela’s bid to remain in the position is being viciously resisted by some board members and senior management at the bank.

The sources also said Kandlela is currently in the middle of negotiating a new lucrative contract in a development that has ruffled feathers at the institution.

“Kandlela was due to go on retirement as far back as 2013, however through political connections his employment contract kept on being extended since then. Just recently, he was paid all his terminal benefits. He even took with him almost brand-new vehicles which he used during his last tenure,” a source said.

“We were surprised in the last few weeks to unearth that Kandlela is in the midst of negotiating a fresh employment contract and from my understanding, he is set to receive new vehicles and other benefits. This is worrisome since it will elbow out other contestants who are hoping to get the job,” the source said.

The source further alleged Kandlela has been frequenting the CEO’s offices in the last few weeks prompting many to suspect that he has bounced back.

“Information doing the rounds at POSB is that that some high level officials within the finance ministry are backing his comeback as he is seen as a good linkage ahead of the bank’s privatisation amid suspicion that some political heavyweights want to usurp controlling stake,” added the source.

According to the source, these developments have riled a section of the management and the board, hence the emergence of deep division which, if not dealt with urgently, could plunge the institution into a crisis.

Contacted for comment Kandlela said he was still below the legally acknowledged retirement age.

Further quizzed on the rationale behind the bank’s move to advertise a post whose candidate has already been identified, Kandlela quipped: “You need better facts face to face. What paper is this?  Why are you afraid of a face-to-face meeting?” he said.