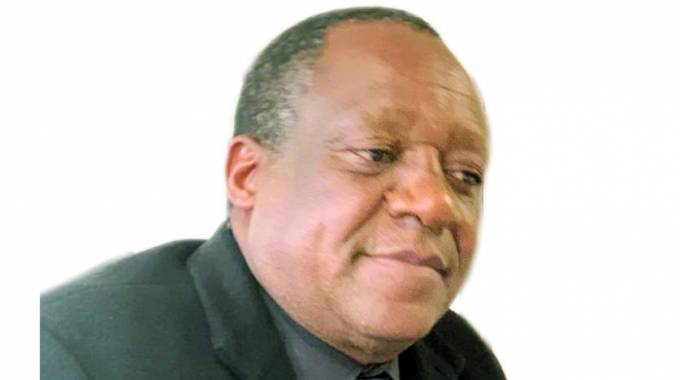 Multiple sources told NewZimbabwe.com that Mufandaedza was spearheading the sell residential stands in blatant disregard of council resolutions and even approved the sale of state land at Rujeko Brawland farm.

He is also being accused of conniving with some councillors who have been beneficiaries of vast tracts of prime land.

Information at hand shows that the CEO and those councillors involved now owns up to more than residential 20 stands each while once councillor took possession of five hectares of commercial land.

Mufandaedza however denied the allegations saying they were fabrications by some people who want to see him sink.

“Thank you for bringing these issues to my attention. I know the originator is a disgruntled person on suspension who is seeking revenge through other means,” he said.

In one of the cases, documents seen by NewZimbabwe.com indicate, in 2016, a company called Thinkers Table deposited an initial US$50 000 into RDC’s estates account.

The funds were meant to be for the purchase of land which when pegged would cover 50 stands.

However, the company was not on the waiting list.

It is not clear who had supplied bank details to the company as they were not offered an offer letter.

The matter was reported to the council’s finance committee, which raised eyebrows over the circumstances involved, querying how one could just deposit funds into its account without an offer letter and without being officially given bank details.

The committee recommended that the US$50 000 be transferred back to Thinkers Table as it did not follow the appropriate procedure.

Council also resolved on the matter that Thinkers Table be refunded their USD50 000, but Mufandaedza still allegedly went on to authorise the allocation of the land, measuring four hectares.

“So many people have been affected by this development as they had leases to their stands. The CEO never cared but went ahead to allocate 50 stands to Thinkers Table causing some double allocations at the township,” a source said.

Lawful owners are said to be fighting for their land.

It is also reported that Thinkers Table owners are now already parcelling out land and selling stands to home seekers.

The other allegations are that Mufandaedza illegally allocated stands at Brawlands Farm.

It is alleged that the land in question was planned by a private surveyor after getting instructions from the farmer and still remains state land since the farmer does not have title deeds.

There are also allegations that the farmer had been selling stands and upon realising that this could backfire, he decided to engage the council which refused to be part of the messy.

“The layout was brought before a management meeting for adoption and recommendation to a relevant council committee for a blessing to council for a resolution. Management rejected the layout on the basis that the land in question was still under ministry of Lands. The layout was then smuggled to a roads committee where it was rejected for the same reasons. In the roads committee, the accounting officer was tasked to advertise in the media distancing council from any association with these Brawlands Farm stands in Rujeko, Glendale. The correct procedure should have been that the farmer should have had his farmland annexed by ministry of Lands where part of the land would be for agricultural purposes and the other part for urban expansion,” said another source.

In this case, the source said, the farmer engaged a surveyor, planned the area, got the layout and started selling stands to people.

Having realised his mistake tried to clean the mess by bringing the layout to council for a resolution.

Council rejected this kind of arrangement and advised the CEO to flight an advert in the media both print and electronic disassociating council from the sale of the stands at Brawlands Farm.

“But Mufandaedza did not do as instructed by council but however went ahead allocating stands and even allegedly signed leases to this effect,” the source said.

Gumbo got four hectares and is now carrying out agricultural activities on the industrial stand.

In Mazowe Township, Gumbo was also allocated a stand in extent of +/-1500sqm, documents show.

Council had resolved that he be paid his union dues in Zimbabwean dollars and not.

In Christonbank, it is alleged, he gave land to former Zinara chief executive Nancy Chamisa.

This plot was being leased to a Christon Bank resident as a paddock.

Mufandaedza is accused of breaching the existing lease by allocating the land without a council resolution.