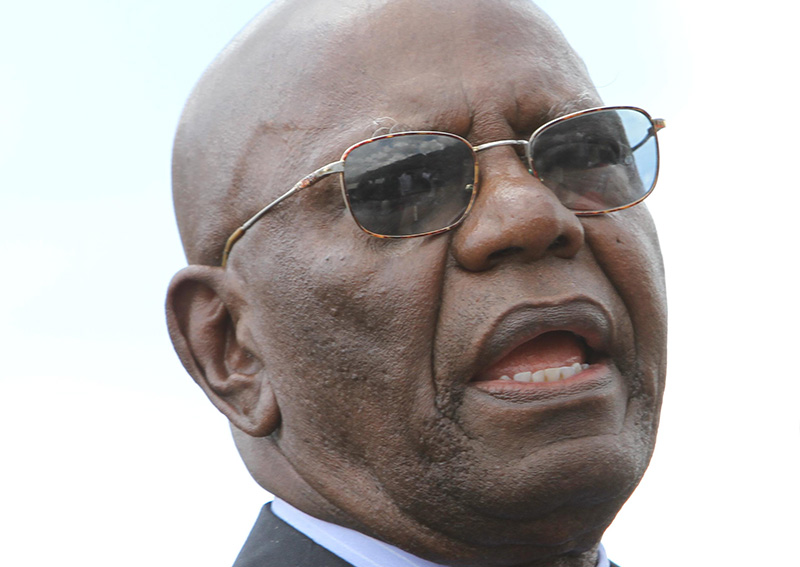 FORMER Zanu PF secretary for administration Didymus Mutasa and ex-war veterans leader Jabulani Sibanda have both been readmitted into the party, more than three years after they were bundled out on alleged links to then Vice President Joice Mujuru.

South African based party loyalist Chenjerai Kangausaru also found his way back into the ranks of the ruling party.

This was announced by party spokesperson Simon Khaya Moyo soon after a politburo meeting at the Zanu PF headquarters on Thursday.

“There are many other cadres who have applied for readmission but their matters of course following due process, are subject to the provinces they come from before the national disciplinary committee which will ultimately take recommendations to the politburo about their fate,” he said.

Mutasa and Sibanda’s readmission follows some lobbying earlier this year by the Zimbabwe National Liberation War Veterans Association (ZNLWVA) to accept back the two party loyalists.

Alongside dozens of party bigwigs, the two controversial politicians were forced out of the party when Zanu PF imploded in 2014.

The leadership feud followed fervent claims by party hawks Mujuru had put up an elaborate plot to topple then President Robert Mugabe, claims which were never proven by the former leader.

Mutinhiri claims he has disbanded a party which was made up of disgruntled Zanu PF members who were forced out when the military staged a coup against Mugabe November last year.
The former Mashonaland East provincial affairs minister dumped the party early this year insisting he was not going to continue associating with a “coup” government.

Former Tourism Deputy Minister Anastasia Ndlovu was said to have submitted her own application to be readmitted.

Moyo said all the applications were still being reviewed.

However, former Public Service Deputy Minister Tapiwa Matangaidze’s application was rejected after he challenged the party in the July 30 elections as an independent candidate.

“The readmission of Tapiwa Matangaidze has been rejected since he stood as an independent candidate in the last harmonised elections after losing the primaries; he has automatically expelled himself from the party,” he said.

“The party reconfigures itself and moves towards exerting its supremacy over government,” he said.

“The President and the politburo continue to establish fulltime heads of departments at the party headquarters.”