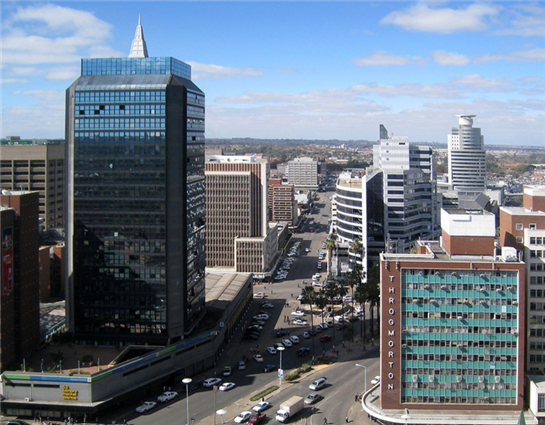 ZIMBABWE needs urgent reforms to reduce its labour, utility, funding and tax costs, which are considerably higher than those of its regional peers and make it less competitive than its trading partners, a local economic think tank has said.
The country’s strengthening adopted currency, the United States dollar, also makes the country less competitive compared to key regional trading partner South Africa, whose rand has depreciated from below 7 rand five years ago to about 12 rand currently, against the greenback.
Economic think tank Zimbabwe Economic Policy and Research Unit (ZEPARU), which was commissioned by the ministry of industry and commerce to conduct a study into cost drivers affecting the country’s competitiveness, has called for widespread reforms that would amount to what it terms an “internal devaluation.”
“Following the adoption of the multi-currency system in 2009, the economy faces increased competition from South African imports, its main trading partner accounting for nearly 75 percent of exports and 48 percent of imports. The Rand has depreciated against the US Dollar…which has in turn made South African imports cheaper. The depreciation of the Rand adversely affects the competitiveness of Zimbabwean companies whose costs are on a stronger currency,” ZEPARU said in a report dated October 2014 but seen by The Source on Tuesday.
“Under the multi-currency system the option of devaluing the national currency to regain competitiveness is foregone. Under these circumstances a combination of increased productivity and reduction in the cost of doing business become viable strategies to enhance competiveness.”
Zimbabwe’s international trade flows, and their composition, point towards a sustained loss of competitiveness. Merchandise imports have risen twice as fast as exports in the last five years.
The composition of those exports has changed over that period, as more concentration in minerals and metals is observed while imports of services have grown faster than exports.
Zimbabwe’s trade deficit was $2,9 billion in 2014 and analysts say projections that this could narrow to $2,8 billion this year are optimistic.
“This internal devaluation requires coordinated actions across government as well as commitment at the highest level.Advertisement

“In as far as the cost-structures highlighted in this study are central for the competitiveness of Zimbabwean industries, an appropriate role for the Ministry of Industry and Commerce is to highlight them (and their solutions) to other government agencies and become an advocate for reform within government.”
ZEPARU identifies labour costs as one of the factors affecting Zimbabwe’s competitiveness, with the country’s minimum wage level indicating higher labour costs compared to Zambia, Botswana and Mozambique.
Zimbabwe does enjoy labour costs advantage when compared to South Africa, the report says.
“The trend observed in the last five years reveals large increases that do not appear to be justified by increased economic growth or productivity, at a time when the economy faces increased regional competition from devaluation in neighbouring countries,” the report says.
“To remain competitive, wage increases in a given economy need to be aligned with productivity levels; however the current labour code and practices translate into salary increases expected and upheld by law for all employees regardless of their performance and productivity.
“Large wage increases (in particular in central government, which is the largest formal employer) observed indicate the need to review the mechanisms through which they are set.”
ZEPARU said redundancy dismissals are lengthy and prohibitively expensive in Zimbabwe, with severance payments averaging 69.2 weeks of wages, nearly three times as high as the neighbouring country average of 25.4 weeks.
“The financial implications of retrenching for Zimbabwean companies are not allowing them to reduce their excess labour to regain competitiveness, essentially leaving them in an uncompetitive trap,” ZEPARU said.
“Modifications to the current labour code to shift collective bargaining to the company level, explicit regulation of redundancy benefits in line with regional levels, the introduction of a rapid resolution scheme to allow retrenchment at a reasonable cost, and revision to the wage setting mechanisms at all government levels with a view towards incorporating productivity and ability to pay are recommended.”
Zimbabwean businesses also face higher electricity costs than their regional peers, the study found.
In Zimbabwe, users pay an effective tariff of 14,5 cents per kilowatt hour, while the average tariff of the 4 neighbouring countries (Botswana, Mozambique, South Africa and Zambia) at the lowest level of commercial consumption is 8.3 US cents per KWh, which is 57 percent of what Zimbabwean businesses pay.
“Sixty percent of (Zimbabwe’s) power is generated at Kariba at a competitive cost (hydropower), a benefit that is being washed away by much more inefficient thermal stations.
“Options to optimize power generation include the attraction of private capital into existing thermal power generations through public private partnerships (PPPs) and separating Kariba to use it strategically for new expansions into hydro generation,” ZEPARU said.
The study did, however, find that Zimbabwe’s water costs are lower compared to Botswana and South Africa.
Local businesses also have to contend with borrowing costs that are between two and three times higher than those obtaining in regional competitors.
ZEPARU says this is due to widespread perceived country risk and limited investor confidence which limits the financial sector’s ability to mobilize savings to be used for investment. Externally sourced loans also carry a significant risk premium.
“Besides risk, other factors include high levels of non-performing loans, high bank concentration of assets (indicating limited competition in the sector), and high operating costs. Only 12.5 percent of firms reported having a bank loan, 13 percent were using banks to finance investments and working capital, and only 5.5 percent of working capital needs were financed by bank loans,” the study says.
“The costs of finance go beyond high interest rates as firms are unable or unwilling to demand capital to achieve economies of scale, to purchase inputs when prices are convenient, to reduce unutilized labour due to high redundancy costs, or to finance investments in much needed plant and equipment improvements.
“These costs are real and placing Zimbabwean firms at a competitive disadvantage, although they are harder to measure.”