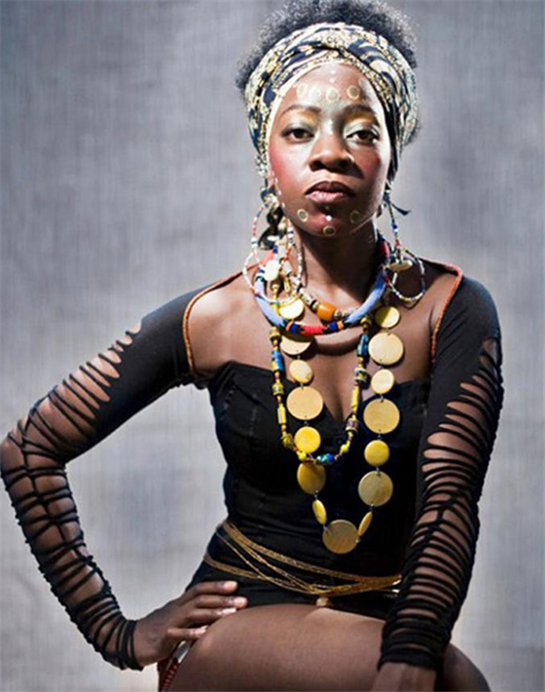 UNITED States: Choreographer, dancer, and teacher Rujeko Dumbutshena approaches African dance as a high art form.
Her choreography explores the strength of women while connecting with Zimbabwe, the Southern African country where she was born.
“Bringing together students as witnesses in the rich performance traditions of Africa has the potential to inspire people’s curiosity about a world outside of their own,” she said.
Dumbutshena grew up in Zimbabwe during apartheid, a historic period of racial segregation in South Africa. Schools were just beginning to integrate when she started elementary school. She studied ballet as a child, but was deterred from dance as a teenager when she was placed in a conservative boarding school.
“The focus was on academics. Dance was viewed as a waste of time,” she said.
When Dumbutshena moved to America for college, she saw it was possible to have a career in dance and began to train, travelling back to Africa for classes.
“In most African countries, there’s not a formal structure. There’s no counting or wood floor. Classes could be outside or inside,” she said.
In 1995, Dumbutshena was offered a teaching position in Santa Fe, and later at the University of New Mexico. In conjunction with teaching, she completed a bachelor’s in fine arts at UNM. Once she received her degree, she moved to New York where she taught at Sarah Lawrence College for eight years.
In 2008, Dumbutshena took a break from teaching after being cast in the award-winning Broadway musical “FELA!” The production, based on the life of Nigerian activist and musician Fela Kuti, was a pioneer for Broadway. From the start of “FELA!” Dumbutshena worked as one of choreographer Bill T. Jones’ muses.
She toured with the production when it went to Nigeria, dancing through various injuries while making life-long professional connections.
“Apart from the social accolades, it was work,” she said. “I learned I love to perform but I’m not as passionate about it as I am about producing and collaborating,” she said.
You can catch glimpses of Dumbutshena dancing in “FELA!” in the Netflix documentary “Finding FELA!”
In 2012, Dumbutshena was commissioned to choreograph “Jenaguru” for the Smithsonian African Art Museum’s “African Cosmos” exhibit. Dumbutshena created the piece in collaboration with poet Mavhi Wakatama and musician Farai Malianga. She took inspiration from the celestial metaphors of Zimbabwean origin stories to create a piece that coincided with the exhibition’s theme.Advertisement

For UNM’s fall 2016 student show, Dumbutshena choreographed “Women Like Water,” a contemporary piece with African dance moves set to Geoffrey Oryema’s “Land of the Anaka.” She performed the piece with UNM dance student Michelle Kassman.
During the piece, Kassman slowly leans forward onto Dumbutshena’s back as Dumbutshena took on her dance partner’s full weight. The piece was inspired by women supporting each other.
As both dancers step to a soothing rhythm, they hold their hands above their heads as if carrying a water bucket. Carrying on the head is a common practice in developing countries.
“Life is hard for women in Zimbabwe, just as it is hard for most women. In third world countries, it has an added element of difficulty,” Dumbutshena said.
When Dumbutshena first came to America, she took women’s studies courses, but stopped pursuing the area because she wasn’t satisfied with the material.
“It didn’t reflect African women’s stories in a way that I felt was empowering,” she said. Dumbutshena seeks to represent the strength of African women as she tells their stories through choreography.
She is pursuing a master’s degree in dance at UNM and hopes to fill a teaching position in one of the small number of universities in the nation that have a concentration in African dance.
“It’s not something that is everywhere, but it’s definitely growing,” she said about the African dance niche in academia.
Dumbutshena has an Albuquerque-based dance troupe called “The Bells and Shakers African Dance Ensemble.” She teaches African dance at UNM and neo-traditional African dance at MOVEabq