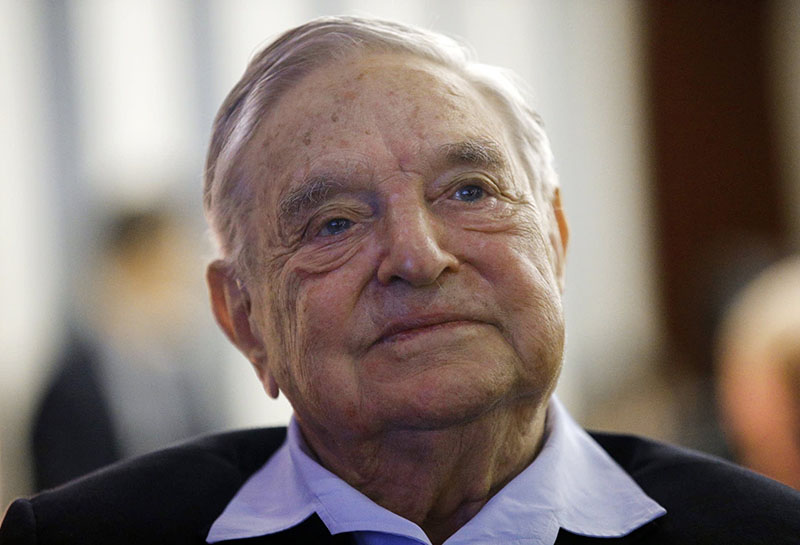 The FBI on Tuesday was investigating an explosive device found in the mailbox at the New York home of US billionaire and liberal donor George Soros, a target of right-wing groups, officials confirmed.

An employee of the residence in Bedford, north of Manhattan, found the suspicious package in the mailbox on Monday afternoon, opened it and found what appeared to be an explosive device, Bedford police said.

“The employee placed the package in a wooded area and called the Bedford police,” the local police department said in a statement.

Soros was not at home at the time and bomb squad technicians defused the device, said police in Bedford, a wealthy enclave that is home to a string of the rich and famous within easy commute of Manhattan.

An “extensive investigation” has been opened and the case has been turned over to the Joint Terrorism Task Force Division of the FBI, police said.

“We are conducting an investigation at and around a residence in Bedford,” the FBI’s New York field office said on Twitter. “There is no threat to public safety, and we have no further comment at this time.”

Born to a Jewish family in Hungary, the 88-year-old hedge fund tycoon has an estimated net worth of $8.3 billion, making him one of the world’s richest men, according to Forbes magazine.

In 1992, the Wall Street trader became known as “the man who broke the bank of England” when his aggressive speculation against sterling sent it crashing out of the European exchange mechanism.

He has given away billions to his Open Society Foundations, which promote freedom of expression, justice and equality, and which counter discrimination, focusing in part on Central and Eastern Europe.

The organisation on Tuesday condemned the “hateful rhetoric that dominates politics in the United States and so many countries around the world,” noting it “breeds extremism and violence.

“In this climate of fear, falsehoods, and rising authoritarianism, just voicing your views can draw death threats,” it said, adding that Soros “deplores violence of any kind and urges politicians across the political spectrum to tone down their rhetoric.”

Earlier this month US President Donald Trump accused Soros of paying demonstrators to protest against the nomination of Supreme Court Justice Brett Kavanaugh, who was accused of attempted rape in high school.

Soros supported Trump’s Democratic rival Hillary Clinton in the 2016 US election and has been accused by nationalists the world over of sponsoring protests and seeking to push a liberal, multicultural agenda.

Roseanne Barr, the US actress sacked from the revival of her eponymous sitcom for sending a racist tweet about a former Barack Obama aide, called Soros a Nazi earlier this year before later apologising.