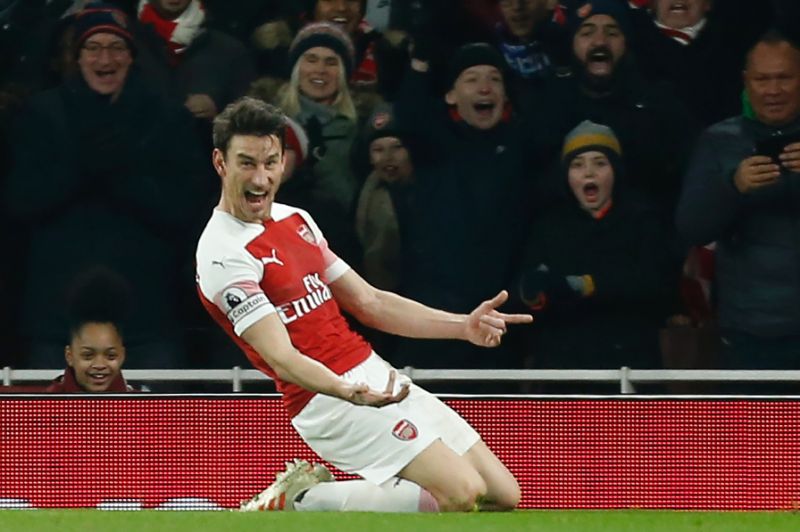 Chelsea manager Maurizio Sarri labelled his players mentally weak and “difficult to motivate” after losing 2-0 at Arsenal in a toothless performance on Saturday.

The Gunners blew the race for a top-four Premier League finish wide open as first-half goals from Alexandre Lacazette and Laurent Koscielny closed Arsenal and Manchester United, who beat Brighton earlier in the day, to within three points of Chelsea in fourth.

“I’m extremely angry, very angry indeed. This defeat was due to our mentality more than anything else, our mental approach. We played against a team more determined than we were and I can’t accept that,” said Sarri, who chose to speak through a translator in his native Italian to clearly explain the scale of his frustration.

“The fact is it appears this group of players is extremely difficult to motivate.”

On current form, Sarri’s men look likely to be caught by Arsenal or United as a fourth defeat in 11 league matches underlined the need for the signing of Argentine striker Gonzalo Higuain on loan from Juventus, which is expected to be completed in the coming days.

That run started with a 3-1 defeat at Tottenham in November and Chelsea’s performance was horribly reminiscent of that night at Wembley.

“We had a similar issue in the league game at Tottenham,” Sarri continued.

“We spoke a great deal about that loss and our approach at the time, and I spoke to the players, and I thought we’d overcome this issue.

“But it appears we still have this issue and we still seem to lack sufficient motivation and being mentally solid and our determination.”

Chelsea enjoyed 64 percent possession, but had just one shot on target to again question Sarri’s decision to start without a recognised striker with Eden Hazard’s impact limited in a central role.

However, Sarri insisted it was his players’ attitude and not his system that was the problem.

“I think when you see this kind of game, when one team is more determined than the other, you can’t really talk about tactics,” he added.

“From a technical point of view both teams are on the same level, but they were more determined.

“Tactics don’t come into it. Their high level of motivation was obvious throughout, particularly in both penalty areas.”

By contrast, Arsenal boss Unai Emery’s selection was vindicated as Mesut Ozil was left on the bench for the full 90 minutes and a switch to a 4-4-2 allowed Lacazette and Pierre-Emerick Aubameyang to form a potent partnership up front.

But Emery also lauded Arsenal’s greater desire to bounce back from a disappointing defeat by West Ham last weekend.

“We needed today to run more than them,” said the Spaniard. “The first idea today we were speaking (about) was we needed to run to recover the ball quickly.

“If you play against one team who plays with long balls it is hard to press, but their structure is very clear and we worked to do the pressing.”

Aubameyang should have opened the scoring after just five minutes when perfectly picked out by Lacazette’s low cross, but dragged his shot wide.

Kepa Arrizabalaga then produced a brilliant save to deny Koscielny from point-blank range, but it counted for little as from the resulting corner Arsenal took a deserved lead.

Lacazette did well to stay on his feet before smashing the ball past Kepa at his near post, but Sarri was critical of the half-hearted challenges from Pedro Rodriguez and Marcos Alonso.

“If you think about their determination and how clinical they were when they scored the goals,” added Sarri.

“In defence we stood off a lot and we were not determined and not strong enough, particularly with the first goal.”

Chelsea were repeatedly caught out by Arsenal’s well-worked set-pieces and paid for it again, albeit in fortunate fashion for the Gunners, six minutes before the break.

Koscielny mistimed his header, but the ball bounced in off his shoulder for his first goal since the Arsenal captain ruptured his Achilles in May.

Chelsea could have got a foothold in the game before half-time as David Luiz’s header came back off the post.

But in keeping with so many of their performances of late, Chelsea created little thereafter despite dominating possession.

Sarri has to hope Higuain, who scored 38 goals when the pair first worked together at Napoli in the 2015/16 season, is the answer.