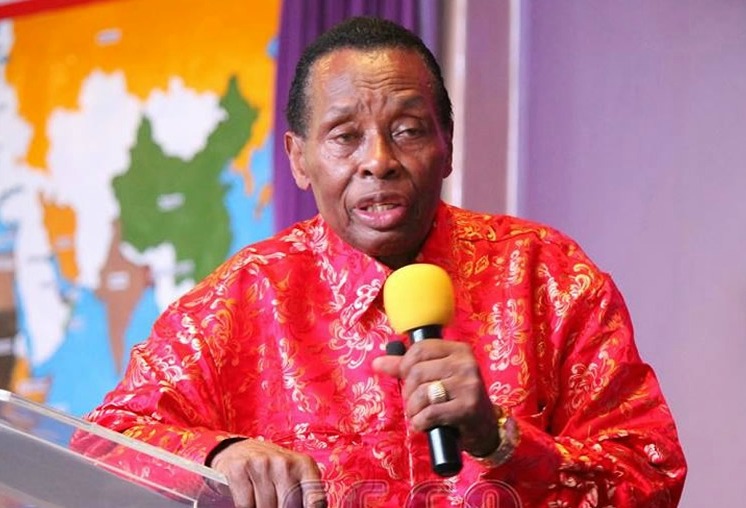 ZIMBABWE Assemblies of God Africa (ZAOGA) founder, Ezekiel Guti’s son-in-law is in trouble with the law after he allegedly bashed his wife and fired a bullet through the roof of the couple’s home while threatening to kill the archbishop’s daughter over adultery claims.

Lindsay Nyajeka (35) was Thursday hauled before a Harare magistrate’s facing charges of contravening the Firearms Act and the Domestic Violence Act.

He was not asked to plead and his case was remanded to November 17 for trial commencement.

“It is the State’s case that sometime in December last year, Nyajeka had a misunderstanding with his wife Ethanim Perfect Munamato Nyajeka over extra marital affairs. Nyajeka accused his wife of having an extra marital affair with her workmate Gilbert Chadyemhunga who is also a pastor in their church,” read the court papers.

Prosecuting, Devoted Nyagano Gwashavanhu told court that the wife tried to explain that she was not having an affair but Nyajeka became violent and suddenly drew a pistol from his drawer and pointed it at her.

It is further alleged that due to fear, his wife peed on herself while screaming for help.

Nyajeka then pointed his gun to the ceiling and fired a shot.

It is also alleged that he went outside the house and fired another shot before he went away only to return home during early hours of the following day.

On another incident, he is accused of bashing his wife for wearing trousers.

Court heard he assaulted her when she was about to leave for work ordering her to remove the trousers she was wearing and further scolding her for being a “spoilt child”.
Nyakeka is employed by his in-laws and works at the church’s headquarters in Harare.