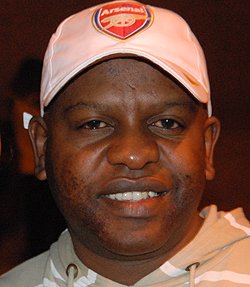 THREE companies are vying for the single commercial radio broadcasting licence available for Bulawayo with one of them fronted by former Radio 2 presenter Ezra “Tshisa” Sibanda and financed by Zanu PF politician and transport minister Obert Mpofu.
Sibanda, a director of the proposed Skies FM, returned to Zimbabwe from his UK base last year to run for Parliament on an opposition MDC-T ticket but lost the vote.
He now appears to be trying his luck with Zanu PF’s wealthy transport minister whose business interests include a commercial bank.
Apart from Mpofu’s Skies FM, two other radio stations are also in the running for the licence.
Qhubani Moyo and Cont Mhlanga are backing Skyz Metro while the Trevor Ncube-owned Alpha Media Holdings group plans to set up Skyz FM.
All three applicants will plug and answer questions about their projects at public hearings scheduled for between July 1 and July 4 in the last stage of the assessment process.
Sibanda told the Bulawayo Chronicle that Skies FM would be a “commercial community radio station”.
“Skies FM – if granted this licence – will focus on news and current affairs, including mining, farming, business, sports as well as arts and culture,” he said.
“It will have something for everyone. We want to make sure that people in the region are active participants on the national issues that affect them, and also give them a platform to air their views on those issues.”
The Broadcasting Authority of Zimbabwe (BAZ) is expected to announce the winners after the public hearings.
BAZ ended the Zimbabwe Broadcasting Corporation’s monopoly on public radio when two privately-owned national commercial broadcasters went live in 2012.
But the licencing of StarFM and ZiFM was criticised by the opposition for allegedly entrenching the ruling Zanu PF party’s control of the airwaves.
ZiFM is run by a company owned by deputy information minister and Zanu PF legislator Supa Mandiwanzira while StarFM is owned by the Zimpapers group which is controlled by the government as majority shareholder.Advertisement