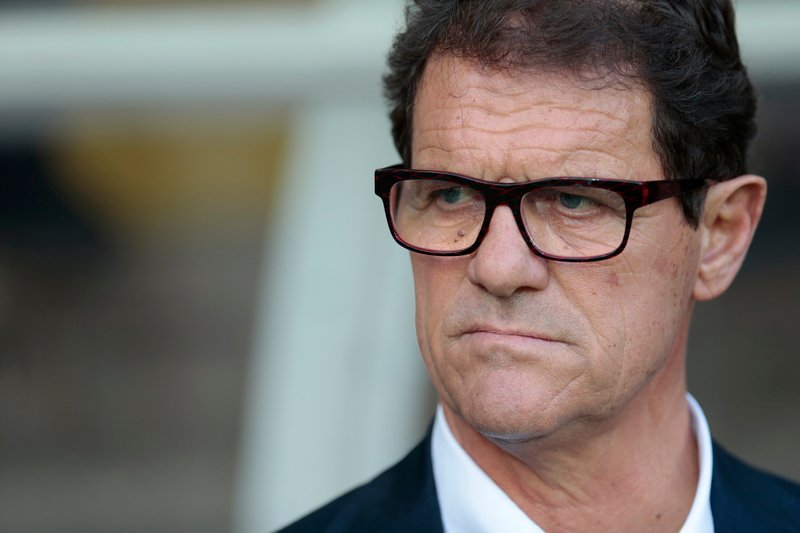 ROME: After a career spanning five countries and countless titles both as a player and a coach, Fabio Capello announced his retirement on Monday.

The former AC Milan, Real Madrid, Roma and Juventus coach told RAI state radio he was not interested in the open job with Italy’s national team.

The 71-year-old Capello left as coach of Chinese club Jiangsu Suning last month only three matches into the season. He signed an 18-month contract with the Nanjing club in June 2017, helping the 2016 league runner-up avoid relegation.

“I’ve already had experiences with the England and Russia national teams,” Capello said. “I wanted to coach a club once more and Jiangsu was my last football job. I did everything that I wanted to. I’m pleased with what I did and now I’ll enjoy being an analyst. You always win in that role.”

Capello was most successful at Milan, guiding the Rossoneri to four Serie A titles and the 1994 Champions League trophy.

He also won titles at Madrid and Roma, plus two Serie A’s at Juventus that were wiped out following the Calciopoli refereeing scandal.

Asked about Italy’s failure to qualify for the World Cup, Capello pointed to the lack of quality players.

Zenit St. Petersburg coach Roberto Mancini is among the top candidates for the Italy job.

“Mancini is an experienced manager who has traveled the world and that will help him relate to the players, but they lack talent,” Capello said.

“Kids need to be taught how to play soccer and to control the ball,” Capello said. “In Italy they talk tactics already at the age of 12. In Spain they always just give kids the ball and only the ball.”