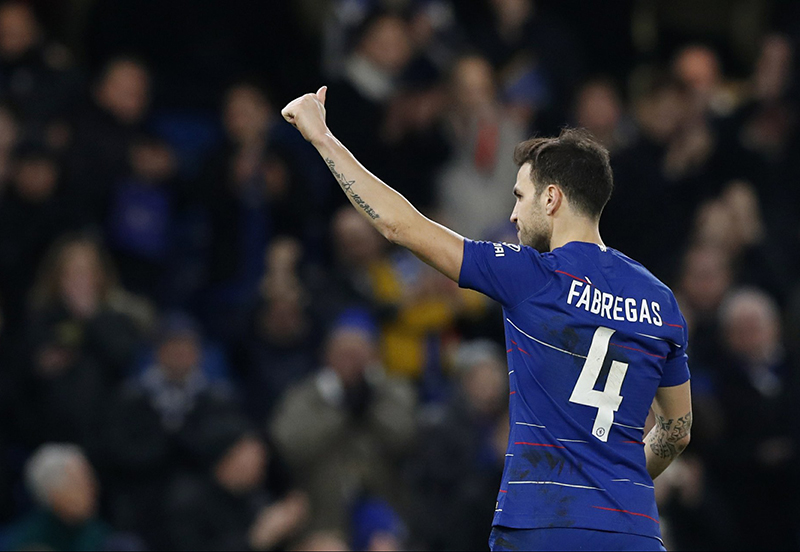 LONDON: Cesc Fabregas might have played his last game not only for Chelsea but also in English football after bidding the team’s fans an emotional farewell near the end of a 2-0 win over Nottingham Forest in the third round of the FA Cup on Saturday.

The former Spain midfielder, who wore the captain’s armband for the game, had a penalty saved in the first half and was substituted with six minutes remaining. He waved to Chelsea’s supporters, patted the badge on his jersey, was hugged by David Luiz and Eden Hazard, and appeared on the verge of tears as he walked off the field.

Fabregas has been linked with a move to French team Monaco, which is coached by former Arsenal teammate Thierry Henry. He has played at Chelsea since 2014, having spent eight years at Arsenal (2003-11).

Alvaro Morata scored Chelsea’s goals against Forest in the 49th and 59th minutes, with 18-year-old winger Callum Hudson-Odoi setting them up with crosses from the right. Hudson-Odoi has also been heavily linked with a move away from Stamford Bridge, with Bayern Munich reportedly interested.

Chelsea is the defending champion in the FA Cup, after beating Manchester United in last season’s final.