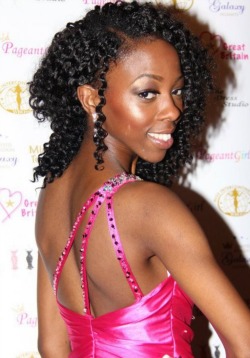 AFTER months of planning with applications across the UK, the event to return glamour, class and intelligence to Zimbabwean beauty pageantry reaches its climax this Saturday.
Ten beauties of Zimbabwean heritage will compete for the crown of Face of the Globe Zimbabwe UK 2013 at the Croydon Conference Centre in Surrey.
Entrepreneur and pageant Director Lorraine Chinouriri said: “Face of the Globe Zimbabwe UK is making pageant history; for the first time ever we have let mothers, wives and women over 25 take part in a pageant that will see them go and compete with over 18 other countries on an international stage in Paris.
“Contestants will be judged on their intelligence, charisma, class and commitment to charitable causes, their portrayal of the modern Zimbabwean woman and representation of the beauty of Zimbabwe as a country.”
“We want to show that real women are beautiful, and that being married, being over 25 or being a mother does not mean life has stopped, we want to uplift Zimbabwean women and give them a platform to showcase our country on international levels”.
The winner of Face of the Globe Zimbabwe UK 2013 will win a 7-day ALL EXPENSES paid trip to represent the country at the global finals in Paris, among other prizes.
There are also two modelling contracts up for grabs for all finalists as well as a chance to win the titles of ‘Miss Photogenic’ and ‘Miss Personality’.
Numerous Zimbabwean companies are sponsoring Face of the Globe Zimbabwe UK and a percentage of ticket sales will be donated to CNN Hero Betty Makoni’s charity, Girl Child Network.
Judges include the First Ever Black Miss England, Rachel Christie. Award winning ‘UK’s best model trainer’ Catwalk Professor, Former Miss Zambia and Miss World Contender, Rosemary Chileshe, Zim’s top designer Leah Africadesign and Pageant Coach, Shirley James.
Glorianne Francis will be the host while Boyz Retonaz, Ngoni Namate, Shanky, Pearl Doherty and DJ King Alfred will provide entertainment.
There are also cash prizes to be won on the night for two ‘Best Dressed’ guests!
VENUE AND TIMES
The ‘Face of the Globe Zim UK’ show will be held at the ‘Croydon Conference Centre, 5-9 Surrey Street, Croydon, CR0 1RG ‘ on Saturday, August 3rd. Event starts at 6pm. Ticket  information visit ‘shop’ on www.faceoftheglobezimbabwe.co.uk or call 07456447272.Advertisement