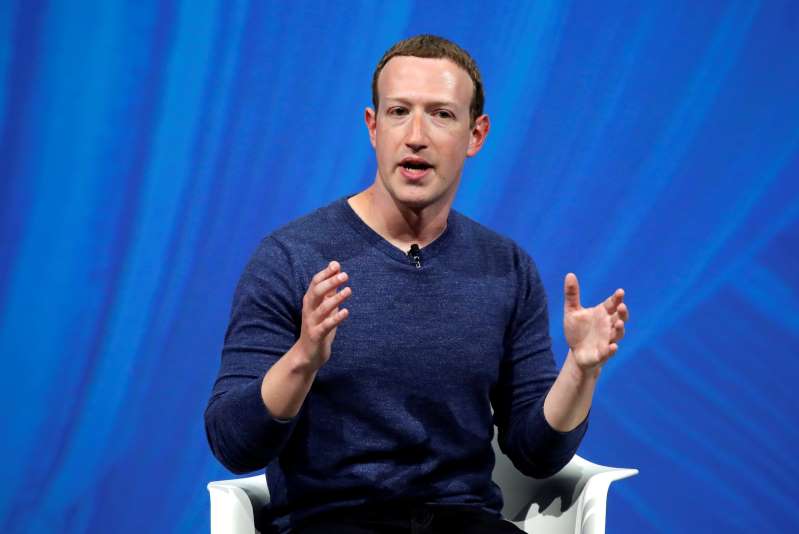 Facebook investors have called on the company’s chief executive Mark Zuckerberg to step down as chairman, following reports that the company hired a public relations firm to smear its critics by drawing links to George Soros.

The attack on Zuckerberg is set to complicate the daunting challenge facing Sir Nick Clegg, Facebook’s new global head of policy and communications, who joined last month and has been asked to conduct a review of Facebook’s use of lobbying firms.

Jonas Kron, a senior vice president at Trillium Asset Management, a US investor which owns an £8.5m stake in Facebook, last night called on Zuckerberg to step down as board chairman in the wake of the report.

“Facebook is behaving like it’s a special snowflake,” he said. “It’s not. It is a company and companies need to have a separation of chair and CEO.”

Both Zuckerberg and Sir Nick have been under pressure following reports Facebook hired Definers, a Republican public relations firm, to help repair its battered reputation following intense criticism of the social media platform’s handling of a scandal over Russian interference in the 2016 US elections and the Cambridge Analytica scandal.

Definers allegedly encouraged the depiction of Facebook’s critics as anti-Semites and had published news articles criticising Facebook’s competitors. The business has also been accused of attempting to encourage journalists to report that anti-Facebook groups were linked to Mr Soros.

In a call with journalists on Thursday, Zuckerberg denied knowing that his business had hired the firm. “As soon as I learned about this, I talked to our team and we are no longer working with this firm,” he said. He has also asked Sir Nick to launch a review of Facebook’s use of political lobbying firms.

Nevertheless, Kron said the new revelations about Facebook’s use of Definers offered fresh reasons for Zuckerberg to relinquish his dual role as chairman and chief executive.

“The latest report should remove any lingering doubts that some may have had,” he said.

Zuckerberg has retained a high level of control over the social networking business which he founded in 2004 due to his combined role and his ownership of a stake representing 60pc of the company’s voting shares.
Investors claim that Clegg faces a difficult task repairing Facebook’s reputation due to his unfamiliarity with Silicon Valley.

“I don’t think you can appoint someone who is essentially still subservient to the board and subservient to top level management,” she said. “You can’t expect that person to come in and really have the kind of power that Zuckerberg, Sandberg, Peter Thiel and the other board members have. What powers is this guy really going to have?”

Kron said he was pleased that Mr Clegg would review Facebook’s lobbying efforts, but added that the move was “insufficient.” He characterised the appointment of Mr Clegg as a “whack-a-mole” move by Facebook which didn’t address the larger issue of a lack of an independent board chair.

In the call on Thursday evening, Zuckerberg said that he had asked Sir Nick to review the business’ lobbying operations. The former Deputy Prime Minister will report to Facebook’s chief operating officer, Sheryl Sandberg.

Facebook investor Natasha Lamb, a managing partner at Arjuna Capital, warned that the combined role of chairman and chief executive means that Facebook can avoid properly fixing problems inside the company.

Goodridge warned that if Zuckerberg stands down as chairman, Facebook’s share price is likely to drop.

She called for a change in Zuckerberg’s Class B voting shares, which have 10 votes per share rather than the single vote for each Class A share.

“Regardless of who shows up at board meetings, Mark still has all the power to control the company,” she said.

A combined chief executive and chairman role has become common in Silicon Valley as it allows founders to retain control of businesses, even after they go public.

Elon Musk held both roles at electric car manufacturer Tesla until an agreement with the US Securities and Exchange Commission in October forced the company to appoint a separate board chairman.