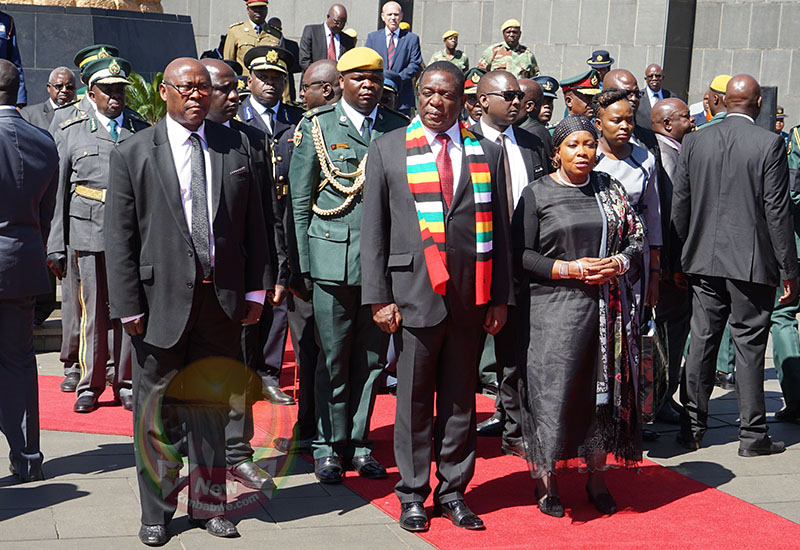 PRESIDENT Emmerson Mnangagwa has admitted Zimbabwe is facing major economic problems but has vowed his administration will is not entertaining failure is the quest to resolve the crisis.

Mnangagwa was speaking at the burial of national hero Velaphi Mishack Ncube where he pleaded with business to be “ethical.”

“Yes, we are currently facing various economic challenges in our country such as foreign currency and fuel shortages.

“However, I assure the nation that my administration will resolve these issues without fail,” said Mnangagwa.

Zimbabwe has continued to struggle with fuel shortages worsened by a weak manufacturing as well as export sector that have kept foreign currency inflows at a trickle.

Prices of basic commodities have also shot the roof and last month the President lashed out at business describing those that had increased prices as “unpatriotic.”

But yesterday Mnangagwa was more guarded in his language.

As the President’s motorcade drove through Bulawayo Road towards the National Shrine, long fuel queues were the order of the day.

President Mnangagwa in his message urged the business people to be ethical in their behavior.

“Our business at every level must be ethical in their conduct. The rebuilding of our economy is everyone’s responsibility,” said Mnangagwa.

He called on citizens to unite in the face of adversity and pull their weight behind the economic struggle. Mnangagwa said Zimbabwe needs to leverage her resources for its modernisation agenda.

The President described the late Ncube who died last week at the age of 82, after a long battle with diabetics as a strong believer who made sacrifices to liberate the country.

Ncube served as a Zipra cadre and reports indicate he was one of the first liberation war fighters to be trained outside the country to prosecute the armed struggle. Mnangagwa took the chance to pay tribute to Zimbabweans and corporates as well as international organizations that provided relief to victims of Cyclone Idai.