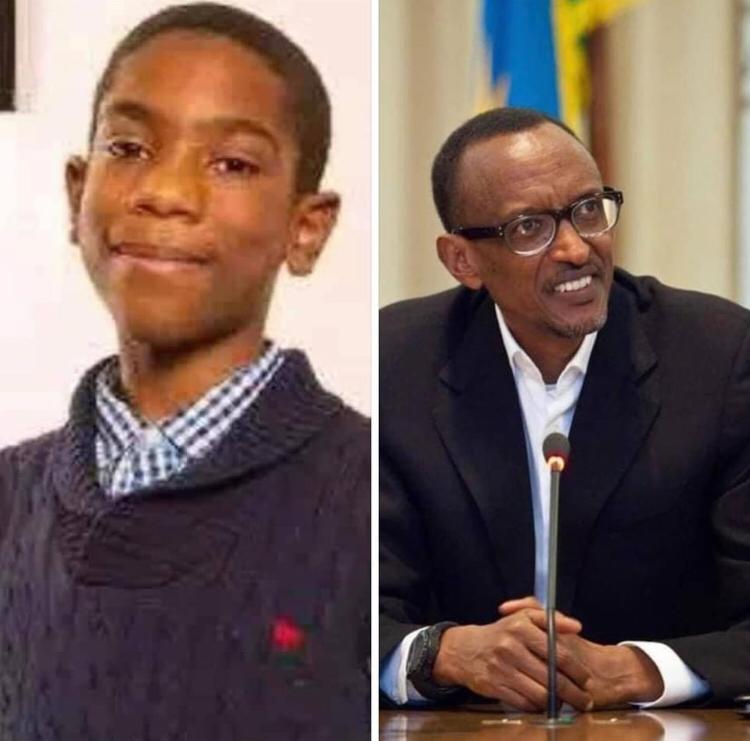 A collage of President Kagame and ‘Patrick Nkuriza’, the 19-year old Minister of New Technologies and Development which is being used on the fake story. The photo belongs to Ramarni Wilfred, a genius British teenager.
Spread This News

WHILE it would be newsworthy for any country to appoint a 19-years as an ICT Minister, it would be even much newsier if that appointment was made by President Paul Kagame, whose passion about technology for development is well known worldwide.

Such was the case on Monday October 5 when news circulated, especially in West African countries, that President Kagame appointed a 19-year old, identified as Patrick Nkuriza as the “Minister of New Technologies and Development.

The story has been published in many publications especially in Senegal and Mali, to portray Rwanda and President Kagame as ‘progressive’ by defying the odds to appoint a youngster ‘with an IQ higher than that of Albert Einstein’ to a ministerial docket.

While it is true that both President Kagame and Rwanda are progressive, it would not require fake news and a photo of an innocent British teenager to drive the point home.

To begin with, President Kagame has not made any appointment to the ICT Ministry in recent days, at least since October 2018. The docket, which is known as the Ministry of ICT and Innovation has been occupied by Paul Ingabire, 37, since that time.

Rwanda does not have a “Ministry of New Technologies and Development”, it is rather the “Ministry of ICT and Innovation”.