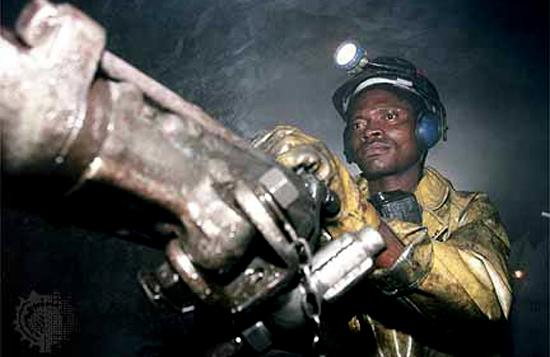 FALCON Gold on Monday reported a net loss of $1, 8 million for the full-year to September 30 compared to a $12, 5 million loss in the prior year, on the back of depressed gold prices and costs for maintaining its closed Dalny Mine.
Care and maintenance costs for Dalny Mine, which it shut down in August last year, amounted to $1, 5 million from $669,000 in the prior period.
A provisional agreement in September to sell the mine to London-based African Consolidated Resources collapsed after AFCR failed to raise the $12 million price, although it recently indicated that the deal could be revived.
The net operating loss at $1, 2 million was lower than the $5, 5 million registered last year.
Gold prices averaged $1, 267 per ounce during the period under review, 15,6 percent lower than the $1, 502/oz in the previous period.
“The continued weakening in the company’s financial performance was caused in substantial part by the low and still falling gold price regime, exacerbated by the current high tax and power cost base, together with the care and maintenance expenses incurred by the closure of Dalny Mine in August 2013,” the company said in a statement on Monday.
Gold sales for the year fell to 312 kilogrammes from 556kg last year following the Dalny closure.
The group currently has one operating mine, Golden Quarry which increased gold production from 291kg last year to 312kg this year.
Falgold also owns Venice Mine in Kadoma.Advertisement