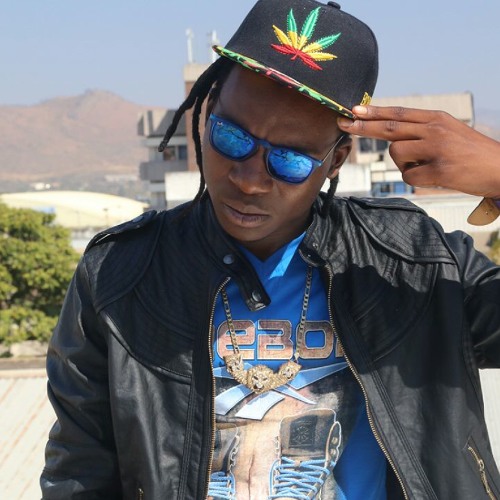 ZIMDANCEHALL singer Dobba Don, born Brendon Mehlomakhulu, who is recovering from drug abuse says the fame and public attention he got at an early age drove him to a substance abuse lifestyle.

In 2017, after completing his Ordinary Level, Dobba Don rose to fame with his popular track, Mudendere.

Earlier last year, a video of him high on drugs surfaced on social media, prompting fans to worry about his health.

Speaking to a local publication, the award-winning dancehall sensation said during the period sponsors shunned doing business with him as he had become difficult to work with.

“That video was real, I got into that situation after I used the drug and I wasn’t myself, I don’t want to lie. I didn’t know what was happening, I even got arrested that day and it was a nightmare. During drugs, I was someone who didn’t want to be told what to do. I lost sponsors who wanted to work with me that time.

He added that while some artists had been supportive others simply saw it as an opportunity to release diss tracks about him.

“After that video, that’s when people knew about my drug life and some were feeling sorry. To my surprise, some artists were dissing me and I didn’t reply since it’s not my staple.

“I give thanks to the love I got from different people not forgetting Chill Spot Family, Jamal no limits and Oskid just to mention few.”

Abuse of substances like crystal meth, a highly addictive stimulant referred to as mutoriro in street lingo has become common in high density suburbs like Mufakose where Dobba Don hails from.

In Zimbabwe, many youths have ventured into substance abuse and the numbers keep spiking as people are laid off their jobs and social lives are altered by the deadly Covid-19 pandemic.

While drug abuse has been said to be a result of the failing economy for Dobba Don it was the fame which he said got to his head.

“What drove me into drugs I would say is fame. I did everything during that when everyone sang along Mudendere. I started doing drugs as experiment not knowing it’s dangerous, just like every young ghetto boy, remember I had fame when I just finished my form four. I started smoking Crystal Meth, Mutoriro, Dombo among other drugs and what really drove me was fame.

“Before Mudendere, I was smoking herbs and mbanje which is common in the ghetto. It affected me so much because I lost friends and dignity.

“Career wise, I lost opportunities since it took so much from me and it’s been long, six years since release of Mudendere,”

The Zimdancehall chanter said he eventually quit drugs with the help of his mother and counselling sessions and advised youths to quit drugs which he claimed are imported from South Africa.

“I got out of drugs through prayer thanks to my mother, we had to seek help from pastors and counselling.

“Drugs never helped me but rather destroyed me. As such, artists who are on drugs need to leave them and focus on what works. I can even mention who are involved but no. Drugs are coming from SA that’s where it all starts,”