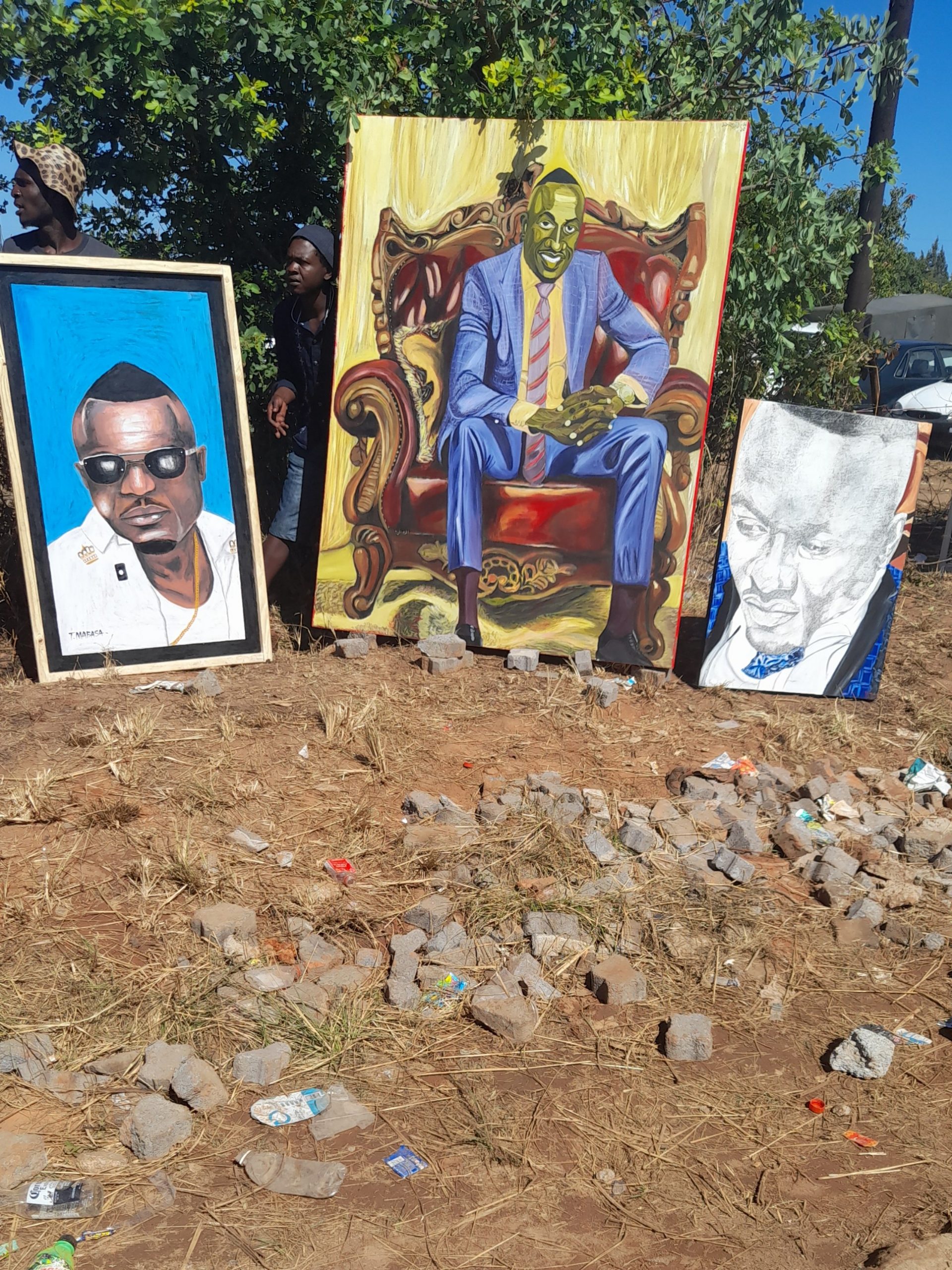 FANS of late flamboyant businessman and socialite, Genius ‘Ginimbi’ Kadungure Saturday roasted some local artists for doing a shoddy job on his paintings.

Three sketches of Ginimbi were pitched along the road leading to his Domboshava mansion for fans and friends to feast their eyes on.

Speaking to NewZimbabwe.com, fans disapproved of the ‘shoddy’ job pointing out that the facial features were nowhere close to those of the late tycoon.

Others ridiculed the artists’ work comparing it with that of South Africa’s controversial artist, Rasta.

“This is not the Genius we know, please cover those paintings,” said one fan.

Another chipped in, “This work is obviously inspired by Rasta, it’s poorly done, Ginimbi’s face did not look like that.”

“I don’t know if the paintings are depicting Ginimbi or someone else,” added another fan.

Ginimbi died aged 36 along with three of his friends, Michelle ‘Moana’ Amuli, Limumba Karim and Alichia Adams in a freak road accident early hours of Sunday last week along Borrowdale road in Harare.

He was laid to rest Saturday at his luxurious Domboshava mansion.