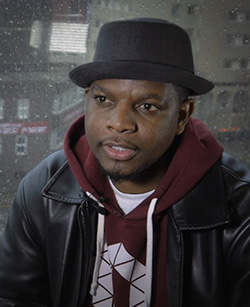 A HOST of talented and upcoming artists in the music industry have come together to launch a series of live shows that will take place at O2 Academies across the UK.
The forthcoming concerts, billed as the first artist-owned platform for artists by artists will feature Indie/Pop Rock four-piece band Farai & the Forest Dawn (FFD), Afro pop sensation Chashe Musarurwa-McTaggart, the infamous King Pro and Shane M’anjelo of BlackDiamond and funny man Munashe Twah Chirisa.
“Our dream as FFD has always been to be able to independently fund our shows,” said band leader Farai Muvuti.
“Ever since we started this journey, the struggle for funds has always meant we relied on someone else to arrange the events for us which, at times, meant that we had limited control over the performance, and now we are taking control of our own music and performances,” Muvuti added.
Dubbed as the Come Up Series, the first event is scheduled to take place on the 25th of August at the O2 Academy in Islington.
In the heart of Angel Central, the popular venue has played host to some of the biggest Indie/rock bands and has the best in live music from both emerging artists to established acts weekly.
Chashe said the hope for the impending show is to change the course of music history for artists who are looking for that big break in the industry.
“It is important for us, not only to ensure the viability of the industry, but that we as artists are reaping what we sow.
“Music is our passion; our life – it is something that we have set out to do and this is us taking some control over our destinies and hopefully paving a way for other rising artists too,” Chashe added.
Farai and the Forest Dawn burst on to the scene in 2013 with a retro-futuristic and rich melodic sound. The band’s infectious energy won over the hearts of the British public when they entered one of the UK’s biggest pop/rock competitions, Be on the Scene – Battle of the Bands, beating 80 bands over 15 weeks to be crowned winners.
The Indie/pop ensemble have gone on to release several singles, including their latest track Beautiful that has received astounding reviews and radio airplay on popular shows such as BBC Introducing.
The Come Up Series will run throughout 2016 with additional dates to be announced in the coming weeks.Advertisement

“I cannot express how excited the band and I are to be embarking on this journey. I am very lucky to be working with such talented and inspirational people,” said Muvuti.
“What makes this even more special is the simple fact that it’s all organised by independent artists who are passionate about their art but above all, passionate about the people that support it,” he added.
To find out more information visit http://faraiandtheforestdawn.com/