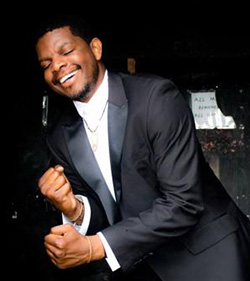 UK-BASED Indie Pop Rock five-piece Farai & the Forest Dawn (FFD) have dropped their highly anticipated new single and music video, Til Death Do Us Part.
The feel-good wedding track, produced by Jonathan Morris (J-Fills) follows on from their successful hit Beautiful, released late last year.
The band have been circuiting the London music scene for three years and includes frontman Farai Muvuti, guitarists Ailsa Shaw (Bass) and Charles Roper (Lead,) Keys player Jack Lonergan and Drummer Tino Dube.
Lead vocalist Muvuti, said the band had a good feeling about the track even before they went into the studio to record it.
“The lyrics for this track had been playing on my mind for weeks and, when I started to piece it together and eventually shared it with the team, our instinct told us that this was potentially going to be one of our most touching singles yet.”
Muvuti, who has recently gotten engaged said that Til Death Do Us Part speaks about love, companionship and finding the one you want to spend the rest of your life with.
“Beautiful was a big track and received great reviews so we wanted to make sure that we followed up with something equally uplifting, timeless and that would tug at the heartstrings a bit.”
“Til Death Do Us Part has more of an acoustic sound this time. We wanted to mix things up a little before we release our EP.” said Muvuti.
Message: Love is Love
“Farai spent a few days in the studio with Jonathan Morris (producer) laying down the vocals for the new track. I was really impressed with the production and loved what the two had come up with,” bassist Ailsa said.
“The message of the song is basically Love is Love, we were lucky enough to receive videos from couples at their weddings after a public campaign for meaningful footage to feature in the visuals for the song. It is lovely that we have such genuine footage in our new video.” she added.

Farai and the Forest Dawn (FFD) emerged in 2013 with a retro-soul and rich melodic sound.
The band’s infectious energy won over the hearts of the British public when they entered one of London’s biggest pop/rock competitions, Be on the Scene – Battle of the Bands, beating 80 bands over 15 weeks to be crowned winners.Advertisement

FFD have since then gone on to release several singles, including the powerful track Beautiful that has received radio airplay on popular shows such as BBC Introducing.
“Big shout out to Eric Dyson Jr. and Real Klash for filming and producing our video,” drummer Tino said.
Come Up Season Performance
Farai added that Eric has worked with the band since FFD started and that the band were very fortunate to have such a great visual artist on the team.
“Eric and co are very creative and, having them on board for Til Death Do Us was great,” Farai added.
Recently appearing at one of the biggest Seafood festival’s in the UK in July, FFD teased the audience with news of their impending Come Up Season Performance Debut at the O2 Academy Islington, where they will debut the new single.
The Come Up Series (CUSP), dubbed as the first artist-owned independent platform “for artists, by artists” will feature Afro pop sensation Chashe, the notorious King Pro, Shane M’anjelo of BlackDiamond and Host Comedian Munashe Twah Chirisa, with Farai and the Forest Dawn headlining.
The first event is scheduled to take place on the 25th of August at the O2 Academy in Islington, in the heart of Angel, the popular venue has played host to some of the biggest UK bands and has one of the best reputations for live music, booking both emerging artists and established acts weekly.
The Come Up Season campaign will run throughout 2016 with additional dates to be announced later on in the year at O2 venues up and down the UK.
Til Death Do Us Part is now available digitally from all major online stores and will also be available to purchase physically at upcoming gigs. The band will perform the single live for the first time on the 25th August.
“We will be running a competition over the next few days where we will be giving members of the public the chance to win a pair of tickets to the gig so make sure you keep an eye out for more information on all our social pages.”
“We would love to see you there, come support our independent music movement, you won’t be disappointed.” Muvuti said.
For more information, please visit: www.faraiandtheforestdawn.com.
You can also follow the band on Facebook on:
Facebook “www.facebook.com/theforestdawn”
Twitter @theforestdawn “www.twitter.com/theforestdawn”
Instagram @FFDofficial “www.instagram.com/ffdofficial”