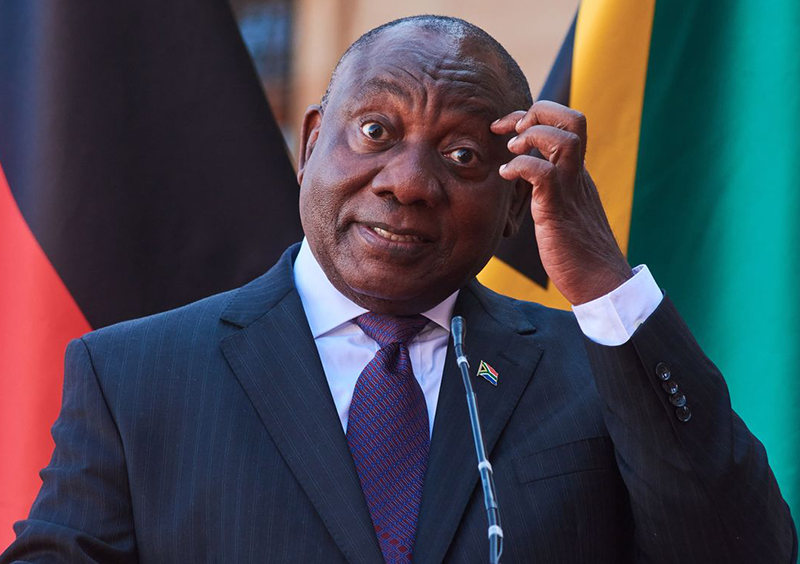 JOHANNESBURG: South Africa’s parliament voted against starting impeachment proceedings against President Cyril Ramaphosa over a report that says he held undeclared foreign currency at his farm in 2020.

The lawmakers voted 214 to 148 against the move to impeach Ramaphosa. The ruling African National Congress party, which holds a majority in the parliament, largely stood with Ramaphosa, preventing the motion from getting the two-thirds vote needed to proceed with impeachment.

Four ANC members of parliament, however, showed their opposition to Ramaphosa by voting in favour of impeachment and a few more did not show up for the vote.

The crucial vote came after a damning parliamentary report alleged that Ramaphosa illegally hid at least $580,000 in cash in a sofa at his Phala Phala game ranch. It said he did not report the theft of the money to the police in order to avoid questions over how he got the foreign currency and why he had not declared it to authorities.

The report has brought Ramaphosa’s opponents — opposition parties and even rivals within his ANC party — to call for him to step down.

At least four ANC lawmakers broke ranks with the party line and voted along with the opposition parties in favour of the impeachment process, including Nkosazana Dlamini-Zuma, currently a minister in Ramaphosa’s Cabinet and high-ranking ANC leader.

Dlamini-Zuma lost against Ramaphosa for the ANC presidency at its last national conference in 2017.

Other notable figures who voted in favour of Ramaphosa’s impeachment were Supra Mahumapelo and Mosebenzi Zwane, known rivals of Ramaphosa and allies of former President Jacob Zuma, indicating the extent of divisions within the ANC.

During the Tuesday seating. ANC lawmakers argued that the panel that drafted the report did not present enough evidence to warrant the impeachment of Ramaphosa. They said that other law enforcement agencies are still probing the matter.

They also cited Ramaphosa’s application for a judicial review of the report, saying parliament should await the outcome of that process before proceeding with any move against the president.

The parliamentary vote comes in a week where Ramaphosa will also be fighting for his political life as he seeks to be re-elected the leader of the ANC at its national conference starting in Johannesburg on Friday.

The conference will also elect members of the party’s National Executive Committee, which is the party’s highest decision-making body.

Ramaphosa must be re-elected as the ANC leader in order to stand for re-election to a second term as South Africa’s president in 2024.

Ramaphosa is expected to be re-elected as the ANC leader but he will be weakened by the scandal, say analysts.

“The Phala Phala scandal has tainted Ramaphosa’s anti-corruption credentials and re-election campaign,” said Aleix Montana, Africa analyst at Verisk Maplecroft. “But there is no viable alternative candidate in the ANC who can secure the political survival of the party. The ANC’s voting share has consistently decreased since the election of former President Jacob Zuma in 2009.”