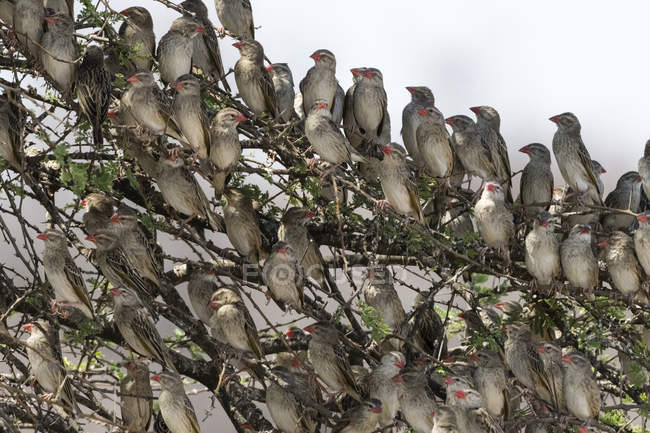 FARMERS in  Umguza and Bubi farming areas in Matebeleland North province are struggling to contain a massive outbreak of quelea birds which are feasting on their crops, mainly small grains.

As a result of the invasion, the farmers, say they are now spending most of their time clanging metal objects and shouting at top of their voices in a desperate bid to save their crops.

“We are appealing to the government to do something before the birds destroy more crops. A lot of farmers in this area were last year contracted to grow small grains by a local company. Now this outbreak is going to leave a lot of farmers with a crop deficit,” Lavenda Ndlovu, a farmer in Bubi, said.

Another farmer, Shylet Moyo, she decided to try small grains after attending a farming workshop at the Zimbabwe International Trade Fair (ZITF)

“After attending a workshop on small grains farming in 2020, I decided to venture into small grain farming. I have now realised that I made a mistake because the crop has got a lot of risks. So far, I have lost almost a third of a hectare to the birds. Next season I revert back to growing maize,” said Moyo.

Last week acting director of the migratory pest security department in the ministry of agricture, Shingirai Nyamutukwa said at a farmer’s winter wheat training workshop at Combe Farm in Zvimba that the issue was reaching crisis levels.

Quelea birds, whose population is estimated to be 1,8 billion in 25 countries, cause extensive damage to cereal grains, especially wheat, rice, barely, sorghum and millets when they reach the ripening stage.

Breeding occurs entirely outside the Highveld region and natural reserves starting in January after sufficient rains and move in large numbers.