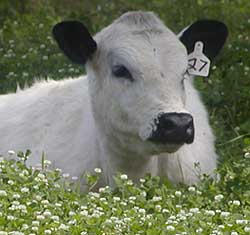 SMALLHOLDER farmers have become the main suppliers of the country’s beef industry, in the wake of the government’s fast-track land redistribution programme, which displaced the majority of white ranchers starting in 2000.
According to Eddie Cross, a commercial farmer and agricultural researcher, over three million of the estimated five million cattle that comprise the national herd are owned by smallholder farmers, and their animals account for about 75 percent of the local beef industry.
However, most of the profits generated by the industry are benefiting traders and abattoirs rather than the farmers, who are able to maintain only small herds, selling off one or two animals at a time when needed.
“The farmers don’t sell for profit, but it is their respective sales, when combined, that explain the relative stability of the [beef] industry,” said Cross.
Smallholder sales
Jairos Dzikiti, 47, a smallholder farmer from Murehwa, keeps about 12 cattle on communal land and sells them only to meet pressing needs.
About two weeks ago, he sold a bull for US$350 to one of the traders who occasionally visit the area scouting for livestock. He made the sale to raise money for his three children’s school fees, and set aside the remainder to buy fertilizer and seed in preparation for the main farming season.
Like most others in the village, his family struggles to afford basic commodities, such as sugar, cooking oil and salt, and survives on two meals a day.
“I don’t rear the cattle for profits and sell only when there is need,” said Dzikiti. “I would rather sell the milk that I get from the cows than think of building a house or setting up a grocer’s shop from money from [selling] my cattle.”
He also keeps his herd to use as draught power, even though his harvest has diminished over the years and he has very little surplus to sell from his fields.
Traders’ profits
Wonder Chabikwa, president of the Zimbabwe Commercial Farmers’ Union (ZCFU), told IRIN that cattle dealers, abattoirs and butcheries were the main beneficiaries of the local beef industry.
“In reality, it is not the smallholder farmers who come out with obvious gains, but those to whom the cattle are sold. Some of these people have actually made fortunes by regularly buying from those that want to sell, and the sources of cattle are plenty and steady considering that individual farmers feel the need to sell at different times,” Chabikwa told IRIN. Advertisement

He added that traders who visit communal areas to buy cattle offered low prices, short-changing farmers.
Clever Sibanda, 30, from Harare, has made a modest fortune from buying cattle from smallholder farmers in Mashonaland Central and East provinces and selling them to abattoirs in the capital.
“Every week, I manage to (buy) an average of five beasts that I sell at abattoirs in Harare. Most of the farmers sell to me for $300 and the abattoirs pay me according to the net weight of the cattle; I (make) at least $200 profit per beast,” Sibanda told IRIN.
After four years in the cattle trading business, Sibanda has managed to buy a five-ton truck, which he uses to collect the cattle, and has built a house in Harare.
Some smallholder farmers sell their cattle directly to abattoirs, while others take their animals to auctions that are held periodically, but irregularly, around the country.
The majority of farmers, however, sell to traders at lower prices than they would get from auction houses or abattoirs, to avoid the cost and inconvenience of transporting their cattle.
Commercial farming constrained
Commercial farmers who have emerged since 2000 have struggled to make meaningful contributions to the beef industry, due to a lack of capital and appropriate infrastructure, said Cross, who is a member of the opposition, Movement for Democratic Change (MDC) party.
Most gained their ranches from land carved out of formerly white-owned farms taken over by the government during the land redistribution programme. The lack of title deeds makes it difficult to secure bank loans and, according to Cross, many are also “absentee farmers” whose primary interest and expertise is not cattle ranching.
Smallholder farmers wishing to raise cattle commercially also face numerous constraints, according to Eric Bloch, an economist.
“The majority of them face many challenges in growing their herds at the household level. They lack the capacity to properly secure their herds, which are vulnerable to rustling,” he told IRIN.
“In addition, banks cannot lend them money to grow their cattle in a profitable way because their land is communally owned and there is no security of tenure.”
According to Cross, smallholder farmers are also constrained by a lack of grazing land and the large numbers of animals they lose to natural causes such as drought and old age.
Policies needed
Zimbabwe’s export market collapsed in the wake of the land redistribution programme and the resurgence of foot-and-mouth disease.
Although outbreaks of the disease are now small and infrequent, owing to the widespread use of vaccines, bans on exports to the European Union have not been lifted, and lack of growth in the commercial cattle farming sector have led the country to import beef from Botswana and South Africa.
“It will be difficult for the beef industry to grow because there are no deliberate policies to support smallholder and commercial cattle farmers,” said Cross.
Innocent Makwiramiti, an economist and former chief executive officer of the Zimbabwe National Chamber of Commerce, told IRIN that the recovery of the cattle industry would require extensive training programmes for farmers, re-joining some of the divided farms to form cattle farming cooperatives and strengthening veterinary services to effectively combat diseases.
“Agricultural extension services also need to be strengthened so that there is proper management of pastures and cattle herds, while the government should devise a formal model of cattle auctioning to ensure the farmers are not short-changed,” he said.
“Farmers need to be convinced that cattle farming is a business that can generate money.”