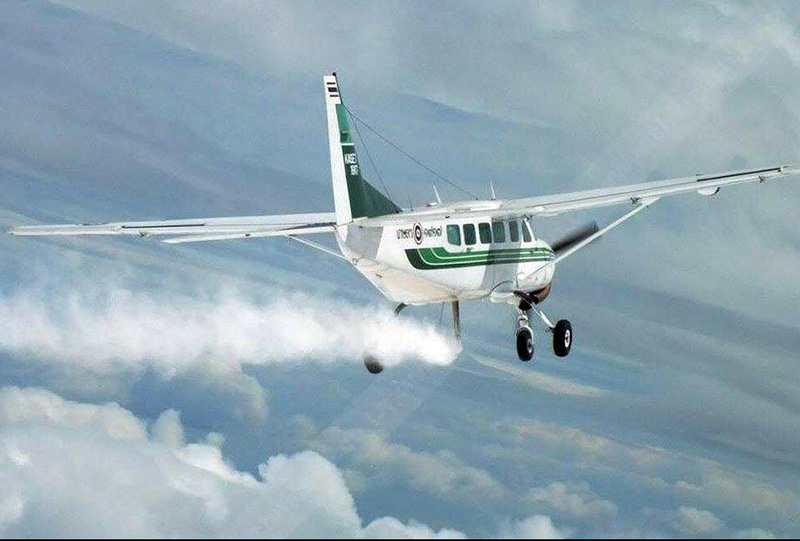 The four-week dry spell has caused some farmers to delay planting summer crops, which include the country’s staple maize, while those that sowed earlier have seen plants withering in the absence of rain.

Zimbabwe has for decades seeded clouds with silver iodide, which can thicken them to encourage rain by cooling water droplets and making them heavier. The science is disputed by some meteorologists.

“We expected a drought, but didn’t think it would be this serious, this early,” said Wonder Chabikwa, the president of the Zimbabwe Commercial Farmers’ Union.

“While it’s too early to estimate the effects on harvests, the government should start cloud seeding to “save the situation,” he said.

Zimbabwe has endured intermittent food shortages since the government began an often-violent program that seized most white-owned, large-scale farms from 2000.

The situation has been exacerbated by periodic droughts. Today, the country is a net importer of crops like soy, used as animal feed, and often maize.

The country’s meteorological department expects “normal to below normal rainfall” between December and March, it said in an emailed response to questions. Traditionally, rain falls between late November and early April.

While parts of the country could expect heavy rain in January, it is mostly moving in from from the south, the department said. Zimbabwe relies mainly on the Inter-Tropical Convergence Zone weather phenomenon, which brings rain down from the equator.

While the start to the season has been poor, especially for crops like corn and soy, farmers may be able to re-plant with short-season varieties and salvage harvests if rain arrives from the north, farmer groups said. They’ve advised their members to sell older livestock and concentrate on feeding young animals because of diminished grazing area.

“We used to plant in mid-November, nowadays we plant in mid-December because the rains come later,” said Shereni Shiri, a small-scale farmer in Zimbabwe’s northern Guruve district.

“But planting in January? It’s foolish to think you’ll reap a good crop because by the time you come to harvest, the days will be shorter with less sun.”