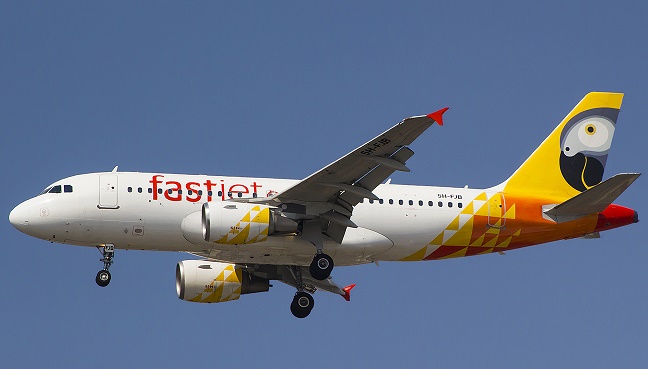 On the Harare-Johannesburg route, Fastjet will be competing with well-established South Africa Airways, British Airways (through Comair) and SA Express as well as Air Zimbabwe, who run daily flights.
Chaitezvi said the additional flights are meant to provide passengers, especially business travellers, with added flexibility to manage their diaries.
“By offering a total of 50 flights per week with the newly announced schedule, Fastjet Zimbabwe will be taking people places and offering passengers more convenient travel options – whether for business or for leisure at affordable fares,” she added.
“The addition of the fifth seasonal flight from Harare to Victoria Falls also provides our passengers with increased travel option choices to visit the Falls (Rainforest) during one if its peak seasons, when its water is at its highest.
Tickets are already on sale, with one-way fares to Johannesburg starting from $100 while it costs $96 return between Harare and Victoria Falls.Advertisement

Fastjet Zimbabwe entered the South Africa market in the first quarter of 2016 with five weekly frequencies into Johannesburg from Harare and later added the Victoria Falls Johannesburg route to its roster.