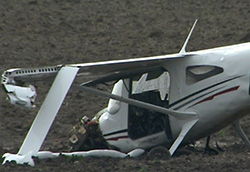 FASTJET Zimbabwe on Monday launched its the inaugural service between Harare and Johannesburg, using their Airbus A319.
The flight left Harare at 0615 hours local time and landed on schedule in South Africa’s commercial capital at 0755 hours to a traditional water cannon welcome before returning to Harare at 1015 hours for the official welcome ceremony.
This becomes Fastjet’s latest international route, to be followed by flights connecting Victoria Falls to Johannesburg.
Present at the launch were high ranking aviation and tourism officials, among them the CAAZ Chief Executive Officer, David Chawota and the ZTA, short for Zimbabwe Tourism Authority Chief Operating Officer, Givemore Chidzidzi.
Said Richard Bodin, Chief Commercial Officer of Fastjet PLC at the function: “(This) flight is an important milestone in Fastjet’s route expansion and is a result of working closely with the governments and civil aviation authorities of Zimbabwe and South Africa to bring affordable, reliable, safe, and on-time flights between the two countries”.
Richard also announced that the airline intends launching a second international route flying between Victoria Falls and Johannesburg in the near future.
Furthermore, it expects to receive approval for additional international flights to connect Zimbabwe to further East and Southern Africa markets within the first quarter of 2016.
Fares on the new route start from US$80 one-way, excluding taxes (US$50 departing Zimbabwe or US$35 departing South Africa), with Fastjet advising passengers to book well in advance of their intended departure date to take advantage of its lowest priced fares.
The impact of the Fastjet flights between Johannesburg and Harare has already been considerable, demonstrated by the fact that fares on competing airlines flying between the two countries have dropped by as much as 40% since Fastjet announced its flights between South Africa and Zimbabwe.
Added Richard: “The fact is that competition is good for consumers. It brings choice and it brings air fares down.
“Our objective is to make air travel between Zimbabwe and South Africa more accessible than ever before. The only alternative to flying is to undertake long and uncomfortable journeys by road, which can take up to 20 hours from Harare to Johannesburg.”Advertisement