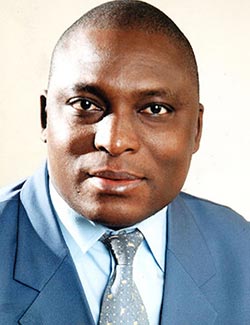 FBC Holdings has called off the planned merger of its retail banking and mortgage lending units as it is confident both can trade their way to compliance with the capital requirements recently relaxed by the central bank, chief executive John Mushayavanhu said on Thursday.
Financial institutions are at the end of this month required to submit their plans of how they will achieve new capital levels, which are required to reach $100 million for commercial banks and $80 million for mortgage lenders by 2020.
Mushayavanhu told shareholders and analysts at the group’s annual general meeting that FBC is optimistic of meeting the capital levels.
“We have submitted our recapitalization plans to the central bank and its plan that has been approved by our board,” he said.
“You will recall that last year, we were going to merge the bank and the building society but when the new milestones were changed by the central bank, we decided that the bank was going to remain stand alone and the building society was also going to remain standalone and this is what we have envisaged in our plan.”
“Basically what the plan says is that the bank is going to trade its way into compliance with the $100 million capital requirement by year 2020. The building society will also trade its way into complying with the $80 million capital by 2020. How are they going to do it?
“If we can grow our profit after tax by five percent every year between now and 2020, the numbers that we have submitted and these have been numbers that have been verified by our auditors show that we are able to comply without having to merge the two entities.”
He said the worst case scenario would have seen the group consider merging the bank and the building society which would boost capital levels to $140 million or dispose of its stake in asbestos products manufacturer Turnall to meet the minimum capital requirements.
Other FBC subsidiaries, which include microfinance institution MicroPlan and reinsurer FBCRe, are also well positioned to shore up the bank’s capital levels, he said. FBC Bank is now contributing 54 percent of the group’s profit compared to 44 percent last year, Mushayavanhu said.
The bank has adopted a conservative lending approach in response to the current liquidity constraints to contain nonperforming loans.Advertisement

Mushayavanhu said the bank’s deposits have also grown by six percent, adding that the group would secure more lines of credit in the region to improve its underwriting capacity.
“Lending has gone down by 10 percent compared to December 31 2013. This was a deliberate strategy on our part,” Mushayavanhu said.
“We decided that we would slow down on lending given the tight liquidity situation in the market and also in an effort to try and collect as much as we can from those who owe us money and as a result of this our non-performing loans (NPLs) have reduced.
“We are talking of total NPLs of below 10 percent against a market average of nearly 16 percent.”
The building society, which has managed to perform above target during the period under review, is also planning to grow its land bank as the group seeks to grow its revenues.