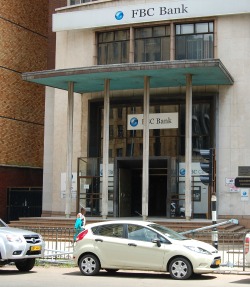 HARARE: FBC Holdings said it lifted its profit after tax to $18,1 million in the 12 months to December 2015 from $5 million registered in the comparable period due to Turnall disposal and increase in net income.
The financial services group divested from Turnall in 2014 through a dividend in specie transaction.
Chief executive John Mushayavanhu on Wednesday said FBC’s total net income registered a growth of six percent to $81,9 million from $77,4 million achieved last year.
“The group’s net interest income grew by 12 percent to $36,6 million from $32,8 million recorded last year and its contribution to total income increased to 45 percent from 42 percent last year. This was driven by growth in loans and advances, mortgages and financial assets held to maturity,” he said.
Mushayavanhu said the group’s flagship arm, FBC Bank, registered pre-tax profit of $9,3 million in the year to December compared to $2,2 million prior year.
The bank, which had a core capital of $43,1 million in the period under review,  saw its financial position increasing by one percent to $382,7 million.
FBC Building Society registered a surplus of $6,3 million for the 12 months compared to $6,8 million recorded last year.
FBCH declared a $2 million dividend for the year.Advertisement