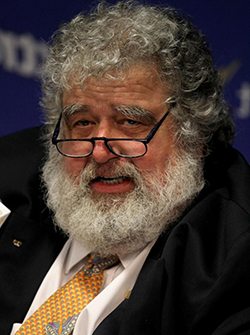 THEY must have assumed it was a standard FIFA jolly. Nothing more than a run of five-star hotels, first class flights, limos with blacked-out windows, the usual hand of mink-lined benefits that come from being at the top of the world’s most self-serving sporting institution.
They were gathering in Zurich for the Fifa Annual Congress. And they weren’t stinting on personal comfort.
But then, at dawn Wednesday morning, they got their collars felt.
A number of plain clothes Swiss detectives broke the privileged calm of the swanky, lakeside Baur au Lac Hotel, demanded from reception the keys to half a dozen rooms, and made their way upstairs where they gave a bunch of senior Fifa officials a very rude awakening.
The untouchables, who had spent the past decade confident in the assumption that they were well beyond the reach of the law were suddenly being touched in places they had previously considered safe from prying view. Like their pockets.
Seeing them led to police cars, on their way to be extradited to the USA where they face charges of racketeering, wire fraud and money laundering conspiracy, was a sight to quicken the pulse of anyone who cares for football.
For years we have suspected that FIFA is riddled with graft, that its processes and procedures are driven by the opportunity for individual financial gain rather than any urgency to support or reinforce the sport over which it holds jurisdiction.
How, otherwise, could we explain some of its decision making, bereft as it has been of logic or sense?
For years journalists and television reporters have filed stories detailing its culture of brown envelopes.
And for years FIFA has side-stepped any acknowledgement of wrongdoing, covering its back, smothering debate or investigation, belittling its exposers, accusing them of everything from cynicism to racism. And then the FBI took an interest.
That changed everything. It may seem surprising that the Bureau unleashed its considerable resources on an organisation that represents a sport which carries little heft in the American body politic.
But the fact that illegal activity was thought to be taking place using dollar bills and American banks alerted the most resolute of anti-corruption bodies.
They arrested Chuck Blazer, the magnificently named former head of the USA Soccer Federation.Advertisement

And Blazer, a man so bloated with excess he became too fat to walk (hardly the most appropriate physical condition for a man representing a sport), a man who was so wealthy he maintained a Manhattan apartment for his cats, turned state witness.
Terminally ill, he may have wished finally to make amends. But he gave the FBI a treasure trove of information about dealings surrounding competitions across the Americas. Those arrested Wednesday were four officials from South and Central American associations.
But also on the FBI indictment are sports-marketing executives from the United States and South America who are accused of paying more than $150 million in bribes and kickbacks in exchange for media deals associated with major soccer tournaments.
Slippery eel Blatter

Said he welcomed the FBI arrests … FIFA president Sepp Blatter
Emboldened by the FBI’s work, the Swiss authorities too began to take a close look at FIFA work. And, taking advantage of the fat cats all gathering in one spot, they too swooped. Three more top ranking FIFA officials were arrested by them about the 2018 and 2022 World Cup bids.
In short, virtually everything the organisation is responsible for is currently under investigation, the suggestion being that it is all tainted by the grime of corruption. This is a body whose moral compass has gone haywire.
And yet, through it all, one figure remains untouched. No FBI warrants are out for him. There was no dawn call by the Swiss authorities at his suite.
More slippery than an eel that has fallen into a bucket of KY jelly, Sepp Blatter stays aloof from all this, claiming to be grateful for the investigation, insisting he is the person best suited to clean out the Augean stables that is FIFA’s executive body.
He is in Zurich anticipating his election as President of the organisation for a fifth term on Friday; though election is something of a euphemism.
There is none of the transparency or procedural openness that usually underpins a properly democratic plebiscite. This is actually an exchange of favours, in which Blatter has long turned a blind eye to the nefarious dealings of officials in return for their support at election time.
More mutually assured protectionism than a genuinely contested selection process, that is how Blatter remains at the helm; that is why he is expected to gain his fifth term in office.
At no other organisation in the free world would he have maintained sway for so long given the reputational damage wrought by his presence. But FIFA marches to a different drum beat, that sounded by Blatter, shameless, unyielding.
How long this can last now the FBI and the Swiss law have cast their eyes on it is now moot. Interestingly for someone who likes to afford himself the trappings of a head of state, who travels the world on official visits, enjoying the privileges of office, who likes nothing better than to evangelise new territories, Blatter has not set foot in the US for more than four years.
That may be a coincidence. But it may also be indicative of his fear of arrest by the FBI should he do so. Now that the Bureau has demonstrated that its tentacles stretch across the pond, however, nowhere is he safe.
Characteristically, FIFA tried to suggest there was nothing to see here, nothing to detain us in these arrests. Its Comical Ali of a spokesman presided over a ludicrous press conference in which FIFA were portrayed as the victims, let down by the selfishness of a few bad apples.
And yes, of course the election would go ahead as planned. Why would it not? What on earth has the arrest of half a dozen top officials got to do with the man in ultimate charge? Why should he take any responsibility for it? Naturally he won’t be resigning: FIFA needs him now more than ever.
And so Blatter blathers on. But his room for manoeuvre was hugely reduced Wednesday. It was a watershed moment. The end of the slippiest, slimiest, most appalling figure in world sport may now, at last, be in sight. It cannot come soon enough.