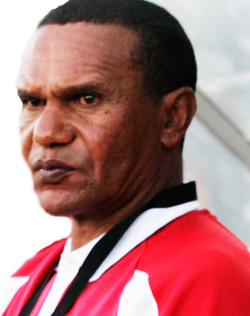 TWO points dropped for Chicken Inn, three gained for FC Platinum and Dynamos certainly out of the Castle Lager Premiership title race.
That is the story of the race as Week 27 ended at 1700hrs on Sunday on a frustrating afternoon for Dynamos as they drew 1-1 against Caps United, the same result that leaders Chicken Inn had managed, albeit at the death, against Whawha, 24 hours earlier.
Now, the statistics are straightforward: Chicken Inn are on 54, Platinum on 52 and Dynamos on 48.
Basically, Chicken Inn need all nine points from the remaining league matches to win the league title as they will reach an unassailable 63.
Platinum, if they win all three, will get to 61 and Dynamos to 57.
Chicken Inn, like they have done in the last few months, have come from behind to snatch either a win or a draw.
After drawing 1-1 against Platinum in their last league match, they travelled to Ascot to face Lloyd Mutasa’s men and needed a 90th minute equaliser from Toto Banda to snatch a point in an early kick off.
In the day’s later match, Platinum had no problem in dispatching Harare City 2-0 at Mandava when junior product Nigel Papias scored his first ever goal for the FC Platinum Holdings-owed side in the 55th minute, just 60 seconds after coming in for Emmanuel Mandiranga.
The evergreen Marshall Mudehwe then made sure maximum points for Norman Mapeza’s side with a 66th minute volley after being set up by Zambian international, Obrey Chirwa.
At Barbourfields Stadium on Sunday, Highlanders made good use of ZPC Kariba and How Mine’s failure to win their Saturday matches when they edged Buffaloes 1-0 via an Obadiah Tarumbwa late strike in the 92nd minute.
The win ensured Bosso moved to ninth place with 35 points, one ahead of both ZPC and How Mine after both teams drew 1-1 against Chapungu and Flame Lily.
ZPC had to come from behind to snatch a point at home against Chapungu after Tineyi Chitora had given the airmen the lead after just 11 minutes of play.
Limited Chikafa, who was a 59th minute substitute for Tawanda Nyamandwe, equalised 12 minutes later when he bundled the ball home from a Raphael Manuvire cross.
At the Colliery on Sunday, Tsholotsho stunned Hwange 1-0 through a William Stima strike and, as such, it could be that Tsholotsho are on course for a second season in the top flight.Advertisement

Dongo Sawmill are on their way to extinction after being extinguished 5-1 by a rampaging Triangle at Gibbo.