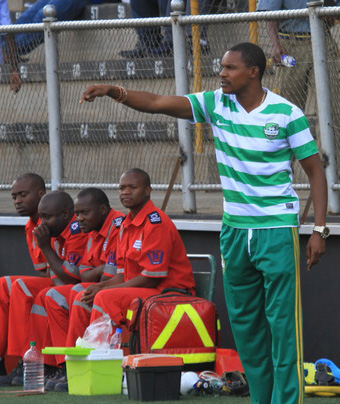 FC PLATINUM return to Africa with a tough battle against Kenyan side Sofapaka in the preliminary round of the Caf Confederation Cup next February.
The draw was conducted at the Caf headquarters in Cairo on Monday afternoon.
The Kenyans have however expressed doubt over their ability to participate in the tournament.
Speaking after the draw club President Elly Kalekwa appealed for financial support from the government.
According to local media, Kalekwa said the club have no idea of where to get Sh5million (US$55,000) required to negotiate a single round of the competition.
“The Government should at least provide us with return air tickets to help us offset huge debts we are likely to incur.
“This is because, as I keep on saying, we are representing the country in these competitions. Besides, other governments do assist their teams,” he said.
The first leg will take place on 13/14/15 February, with the return duel set for 27/28 February and 1 March at Mandava Stadium in Zvishavane. The stadium is however awaiting approval from Caf inspectors to host games.
Platinum, under Norman Mapeza, won the Chibuku Super Cup in November to qualify for the Confed Cup and will be Zimbabwe’s only representative in Africa after champions Dynamos pulled out due to lack of finances.
The Zvishavane-based side is expected to submit their 25-man squad on Monday and have already parted ways with Benjamin Marere and Talbort Shumba.
Goalkeeper Petros Mhari has extended his contract by a further year.
Platinum will be playing in Africa for the second time after taking part in the Champions League in 2012, bowing out to Sudanese giants El Merreikh in the second round.
In the first round, they had beaten Green Mamba of Swaziland home and away.
Platinum media officer Chido Chizondo said while they knew little of Sofapaka, they are taking them seriously as they want to do better than last time.
“We reached the second round last time, so we want to go for the third round or even the group stages this time,” said Chizondo after the draw.
“We will start preparations early in the second week of January and hopefully play two or three friendlies before the games.
“We hope that by playing away first, we will have an advantage, but this football and anything can happen.”Advertisement

She added: “We will be finalising our squad by the weekend and we should submit it by the deadline on December 30.”
South African giants Orlando Pirates automatically advance to the next stage of the competition, along with ASEC Mimosas, Zamalek, Djoliba, F.U.S, AS Vita, Ahli Shendi, Club Africain and ESS, who all received byes from the preliminary round.
In the Champions League, holders ES Setif, Coton Sport, AC Leopards, Al Ahly, TP Mazembe, CS Sfaxien and Esperance automatically advanced to the next round of the competition.