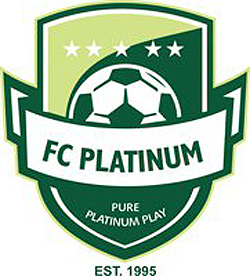 FC Platinum have fired assistant coach Masimba Dinyero just a week after they won the Independence Trophy against Dynamos.
Reasons for Dinyero’s sudden departure after the team’s 2-2 Castle Premiership draw against Chicken Inn on Easter Monday were unclear, but sources indicate head coach Lloyd Mutasa was no longer happy with the former cop’s services.
Infact, Dinyero has already been linked with the same position of assistant coach at Dynamos.
“Lloyd felt Masimba had his mind elsewhere and was no longer contributing to the team. Lloyd then advised his bosses who then put some people to monitor Masimba,” sources said.
“It was discovered that Masimba was actually planning to have his boss axed so that he could take over after a poor start to the season and was trying to build alliances with certain players.”
Platinum drew 1-1 with Chiredzi FC away and lost 3-2 to Hwange at home before the 2-2 draw against Chicken Inn in Bulawayo.
That left the platinum miners, who finished in fourth position last season, with two points from three matches and in 12th position on the log.
A statement from Platinum president George Mawere on Wednesday read: “In fulfilment of the mission of FC Platinum to compete effectively for all silverware, head coach Lloyd Mutasa has advised management of an immediate reshuffle of his technical bench where a mutual separation has been agreed with Masimba Dinyero and a new assistant coach will be announced once the coach has finalised his selection from his pool of candidates.'”Advertisement