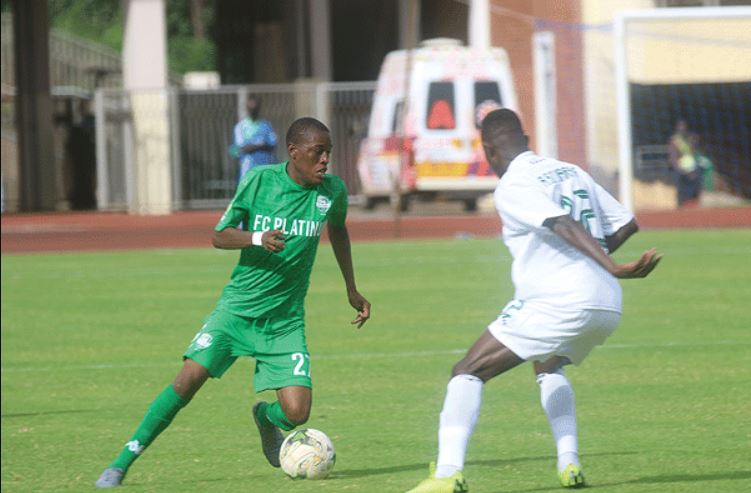 RUNAWAY log leaders, FC Platinum have been handed a selection headache ahead of their potentially fiery clash against rejuvenated Highlanders at Barbourfields Stadium on Sunday with key player Gift Mbweti ruled out due to suspension.

Mbweti, who was converted from being a striker to an attacking right-back, has been one of FC Platinum’s most consistent players during the season and one of the reasons why they are on course for a record-equalling fourth successive PSL title.

The 30-year-old, who finished as the Castle Lager Premier Soccer League’s Golden Boot runner-up in 2016 has been a key member of FC Platinum’s defence which has conceded just nine goals in 28 matches.

Mbweti will however, miss Sunday’s crunch clash at Barbourfields due to suspension.

The ex-Hwange player is is among five PSL players who will miss the weekend action due to suspension, having picked up three yellow cards.

The others include Caps United’s Valentine Musarurwa, the Tenax duo of Edson Gavara and Pascal Shumbaimwe, as well as Herentals forward Brighton Majarira.

FC Platinum will head into their clash against Bosso as favourites despite the absence of one of their key players.

The Zvishavane-based side, who have a 10-point lead at the top of the log with just six matches remaining this season, are unbeaten against Highlanders in eight years.

Bosso have not beaten the based platinum miners in a league game since their victory in 2014 at Mandava.

Since then, Highlanders have gone through several coaches: Kelvin Kaindu, Bongani Mafu, Erol Akbay, Amin Soma-Phiri, Madinda Ndlovu, Pieter de Jongh and Mandla Mpofu, who have all failed to record a league win against FC Platinum.

The last meeting between the two sides at Mandava Stadium in May was abandoned with FC Platinum leading 1-0. The match was later awarded to the home side on a 3-0 scoreline after the Bosso fans were found guilty of pitch invasion when protesting a penalty decision to the hosts.