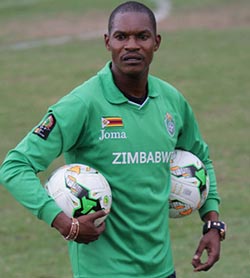 FC PLATINUM have set the stage for Saturday’s epic Premier Soccer League battle against Dynamos at Mandava by hiking gate charges.
The cheapest ticket will now cost $5 up from the usual $3. The Western stands have been pegged at $10 while the VIP will cost $15.
The move is meant to cut down on crowd violence after Dynamos fans went on the rampage following their team’s 1-1 draw against Tsholotsho at Barbourfields three weeks ago.
Sanctioned by the PSL, the price structure will also ensure big returns from gate takings for the business-minded FC Platinum.
Not that Platinum rely on gate takings though – they are well funded by platinum entity Mimosa Mining Company and giant mining supplier, Bulawayo business mogul Worthwhile Mugabe’s DSK Wholesalers in  addition to their own entertainment investments – but crowd control is the main issue.
On the other hand, Dynamos claim Platinum want to reduce the number of their fans who intend to watch the match at the 15,000 seater stadium.
Dynamos fans in Harare have organised a 65-seater bus to Zvishavane while others are expected from, Masvingo, Bulawayo and nearby Shurugwi and Gweru.
The visiting DeMbare fans will also be joined by Platinum’s struggling and broke eternal rivals Shabanie Mine fans, whose team was relegated from the PSL last season.
Dynamos are second on the league with 39 points while Platinum are third with 38 – both chasing leaders Chicken Inn on 43.
In the reverse fixture, Dynamos edged Platinum 1-0 at Rufaro and are unbeaten in 13 matches
On the other hand, Norman Mapeza’s boys are unbeaten in 12 matches in all competitions.